But this year’s Small Business Saturday promotion is unlikely to change the fortunes of independent shops in America, which have diverged dramatically from their larger rivals.
Small retailers have been squeezed out throughout the pandemic and are at a significant disadvantage navigating the current supply chain crisis, rising inflation and the shortage of workers, said retail analysts and supply chain experts.

First, as Covid-19 spread last year, many small shops did not meet the criteria of “essential” businesses and had to close down. Their larger competitors such as Walmart (WMT), Target (TGT), Costco (COST), Home Depot (HD) and others were able to stay open. 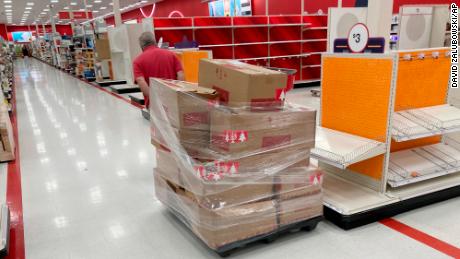 With smaller retailers closed and spending on travel and leisure at a standstill, these major chains boomed as Americans stocked up on groceries, household basics, office supplies and furniture during stay-at-home mandates.

Meanwhile, the pandemic caused roughly 200,000 more small businesses to close in the first year of the pandemic than in a typical year, the Federal Reserve estimated.
As independent shops began reopening in the second half of 2020 and early 2021, they met a new set of challenges: manufacturing shutdowns and material shortages that made it harder to get products and keep them in stock, higher costs for shipping and transportation, as well as difficulties hiring and retaining workers.
All retailers have grappled with these problems this year. But the challenges have hit independent stores harder, experts say. Mom-and-pop owners are typically lowest on the priority list for manufacturers and shipping companies when shortages or delays pop up.
Home Depot, for example, said last week that some vendors with limited supplies told the chain that they’re giving the company priority over others: “‘We can’t service the industry, so we’d rather focus on the best partner,” the suppliers said, Home Depot chief operating officer Edward Decker recalled on a call with analysts last week.
Small stores also usually lack the financial flexibility to manage higher costs and hold prices down for customers, unlike large competitors that can use their scale and extensive resources to absorb cost increases.
“Bigger retailers should be more able to navigate supply chain issues and have better in stocks than smaller retailers without the muscle,” said Michael Baker, a retail analyst at D.A. Davidson, in a note to clients last week.

The gap between big and small retailers

Sales are expected to boom this holiday, but small stores may miss out as shoppers head to cheaper chains with more goods on their shelves.
Retail sales in November and December will grow between 8.5% and 10.5% this year compared with the 2020 holiday season, to a record of up to $859 billion, projects the National Retail Federation, an industry trade group.
Large chains’ inventories have ballooned ahead of the holidays thanks in part to tactics that are way too costly for most shop owners — chartering ships and airfreighting products to the United States from overseas, for example. Big retailers have also been relying on their broad supplier networks to mitigate shortages of raw materials and factory shutdowns. Small stores typically only have a handful of suppliers, so if something goes wrong with one of them, they’re stuck.
Target is “well positioned” on key holiday products such as toys and gifts, the retail giant’s chief operating officer John Mulligan said on an earnings call last week. This will help Target “continue to take market share as we go through the holiday season.” 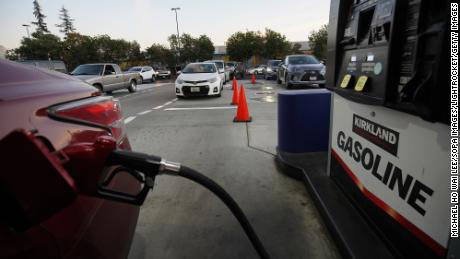 Retail giants are pulling out all the stops this holiday stretch to stockpile goods, hold prices down for customers, and staff stores and warehouses. But independent stores are struggling to to keep up.
According to a recent survey by the National Federation of Independent Business, a lobbying group for small businesses, 39% of small business owners reported in October that supply chain disruptions have had a significant impact on their business. Another 29% reported a moderate impact. Only 10% reported no impact from supply chain disruptions.
“Small business owners are attempting to take advantage of current economic growth but remain pessimistic about business conditions in the near future,” said NFIB chief economist Bill Dunkelberg in a statement.

The lack of workers for unfilled jobs and inventory shortages are some of the top challenges for small businesses, he said, and will “continue to be a problem during the holiday season.”
It all means that, by the end of the holidays, it’s likely that the gap between America’s largest stores and its smallest will have stretched even further.
Source: Read Full Article