Home » Business » Report: US companies may have benefited from forced labor of Uyghurs

Jewher Ilham is a Uyghur human rights advocate and author of “Because I Have To: The Path to Survival, The Uyghur Struggle (Spring 2022).” The opinions expressed in this commentary are her own.

“Go. Go. Don’t look back. This is probably your last chance.” Those were the final words I heard from my father, Ilham Tohti, the last time I saw him. We were at the Beijing Capital International Airport in 2013, about to fly to America together, when he was detained by the Chinese government, banned from leaving the country and later placed under house arrest. He was formally arrested in 2014 and sentenced to life in prison for separatism later that year.

My father was being punished for standing up for Uyghurs like us and sharing his vision for freedom and opportunity for all our people as widely as he could. He spoke out against the extreme censorship and barriers Uyghurs disproportionately face that keep our people in cycles of poverty. His call was simple: If the Chinese government followed its own laws granting autonomy to ethnic minorities, the Uyghur people would have the opportunity to grow and develop to the ultimate benefit of the entire nation.

My father knew he would eventually be jailed for speaking out, but he believed he had to do what was right. He also knew that if I were to stay in China, I might be arrested on similar charges, and would certainly never have the life that I deserved. But I’m not sure he could have imagined back then that today, if I had stayed in China, I would more likely have disappeared into a detention camp like millions of other Uyghurs and other Muslim minorities.

The plight of our people has only worsened since my father was sentenced. After years of keeping us in cycles of poverty and social isolation, the Chinese government has rapidly accelerated its campaign of oppression. Forced sterilization, forced labor, constant surveillance, and other abuses are making it impossible for Uyghurs to thrive — or to do much more than survive — in China. Even as they impose heavy restrictions on journalists attempting to report from the Uyghur Region, Chinese authorities staunchly deny human rights abuses against Uyghurs and other ethnic minorities.
Ever since my father and I were separated at the airport, I have dedicated my life to carrying on his pursuit and fighting to free him and our people. I’m part of the Coalition to End Forced Labour in the Uyghur Region, and our mission is to call upon brands to remove materials that come from the Uyghur Region, or Xinjiang as it is more widely known, from every level of their supply chains.

In the years since my father was put in jail, the Chinese government has profited enormously from the forced labor of the Uyghur people. Approximately 20% of the world’s cotton is produced in the Uyghur Region, where Uyghurs are forced to pick it by hand. That means that cotton garments on the global market are at high risk of being tainted with Uyghur forced labor. When my father wrote, “To this day, all emphasis on Xinjiang’s energy resources have been in terms of the interests of Han people and the rest of China, which makes me truly grieve for Xinjiang,” he was referring to land and natural resources. Now, the most exploited “energy resources” in the Uyghur Region are its people and their forced labor.

I believe that if brands and retailers stop sourcing goods from the Uyghur Region, it would help bring us closer to the end of this widespread repression. I share my father’s story to implore corporations to do the right thing. Companies agreeing to scrub their supply chain of any touchpoints in the Uyghur Region is a step toward freeing their business — and their customers — from complicity in the Chinese government’s human rights abuses. The coalition’s call to action asks brands to make that commitment, and many have signed on, including ASOS, Eileen Fisher, Marks & Spencer and Reformation. While it is not always easy to shift operations and remove the Uyghur Region from supply chains, it is truly the only thing a company can do to guarantee they are not using Uyghur forced labor, as the Chinese government’s surveillance campaign makes it impossible to perform due diligence in the region. Companies refusing to take this pledge in the name of preserving Chinese market share are shamelessly supporting the destruction of my people to protect their profits.
The Chinese government claims that its campaign against the Uyghurs is all in the name of “poverty alleviation” and preventing terrorism, describing detention centers as “vocational training centers” where Uyghurs are educated and given the skills to thrive economically. About 1.29 million people in the Uyghur Region were subject to vocational “training” annually between 2014 and 2019, according to a 2020 Chinese government white paper. 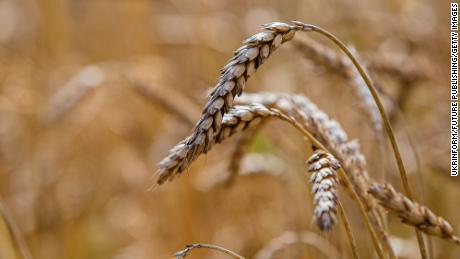 The Chinese government’s vision of re-educating Uyghurs is premised on the erasure of our culture and the denial of our basic human rights. Its “training centers” subject Uyghurs to indoctrination and the renunciation of our language and religion.
As an economist, my father studied and wrote about true poverty alleviation and development. He believed freedom leads to growth, and his vision for freedom was practical — access to education, equal job opportunities and free expression for all.

My father’s words keep me going in the hardest of times. The day after he was sentenced, he wrote from prison, “Even though I have departed, I still live in anticipation of the sun and the future. I am convinced that China will become better and that the constitutional rights of the Uyghur people will, one day, be honored.”
His unbreakable hope after all he has endured continues to inspire me, and, while there is no way for the Chinese government to make up for what it has done to our people, I will continue to do everything I can to make his vision a reality. I’m calling on those who have the power to effect change — business leaders and elected officials — to join me.
Source: Read Full Article