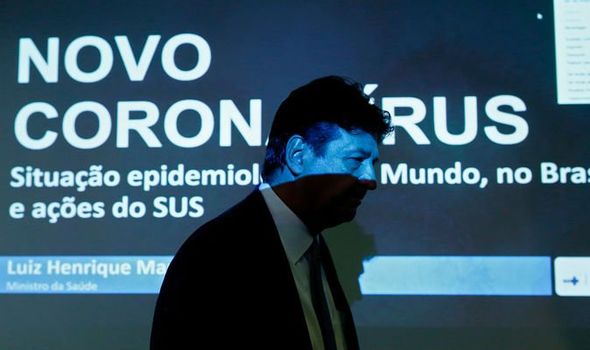 While the majority of cases of the virus remain in China, other countries including South Korea, Italy and Iran are battling the spread. Tedros Adhanom Ghebreyesus, the World Health Organisation’s (WHO) chief has warned the window of opportunity to contain the spread of the virus was “narrowing”. The infection rate in China currently stands at around 77,000 while close to 2,600 lives have been claimed. Added to this, over 1,200 cases have been confirmed in 26 other countries and there have been over 20 deaths so far.

n a note, Barclays analysts wrote: “The market reaction to the coronavirus appears to be evolving, beginning to differentiate the currencies vulnerable to the virus from the rest.

“US dollar assets provide relative attractiveness. In fact, our economists forecast no impact on US growth from Covid-19, with relatively few domestic incidents and a low dependency on China’s economy.”

Other typical safe haven currencies such as the Swiss franc and Japanese yen were little moved this morning, emphasising that the dollar has become the main choice for worried investors.

Thanks to the relative strength of the American economy, and distance from the coronavirus outbreak, the dollar is being viewed as the safest bet.

Meanwhile, the pound is coming under pressure with trade talks between the UK and European Union due to start next week.

This morning, a senior EU diplomat stated that member states are due to adopt their negotiating mandate for talks with Britain on Tuesday.

According to the diplomat: “The expectation is to adopt the negotiating mandate tomorrow, which would allow us to start negotiations very soon, even as early as next week.”