The staff at post offices misappropriated Rs 95.62 crore of public money between November 2002 and September 2021, the Comptroller and Auditor General has said.

The money may seem small but it is what common citizen invested in post office savings, the oldest and the largest banking system in the country.

The Department of Posts (DoP) offers these services on an agency basis for the finance ministry. 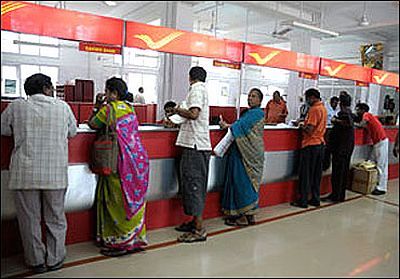 The CAG’s audit report on finance and communication, tabled in Parliament on Monday, said that postal staff in five circles made fraudulent withdrawals of Rs 62.05 crore from closed accounts that were shown as active with fake balances and then closed again.

In eight circles, cash deposits of Rs 9.16 crore by customers were entered in passbooks but not credited to their post office accounts.

In four circles, fraudulent withdrawals worth Rs 4.08 crore were made from customers’ saving accounts with fake signatures /thumb impressions facilitated by the postal staff.

There were cases of unauthorised use of user ID and passwords by other postal staff or outsiders, leading to the fraudulent withdrawal of Rs three crore in four circles.

Postal staff in connivance with outsiders in two circles opened accounts for fake deposits of Rs 1.35 crore, which was withdrawn subsequently.

DoP’s inspecting authorities in some cases failed to detect the fraud/ misappropriations even after a lapse of more than five years and the crime came into light after customer complaints.

CAG said it is evident that the DoP staff and supervisory authorities did not carry out prescribed internal checks effectively and there were monitoring failures.

The postal authorities in West Bengal, Haryana, Trivandrum, Gujarat and Andhra Pradesh postal circles stated that the necessary guidelines have been issued for settling issues and also to get cases investigated by the Enforcement Directorate and the Central Bureau of Investigation, CAG said.

Postal authorities in Punjab, Odisha, Rajasthan and Tamil Naidu circles stated that actions against offenders would be taken or was under process.

The matter was further referred to the ministry of communications in February this year and their reply is awaited, CAG said.