Home » Perceptive just raised $515 million to place bets on biotech startups. The fund's manager told us the 3 things he looks for in a startup's pitch.

Investors keep pouring cash into biotech, and the surge just helped investment firm Perceptive Advisors raise a new venture fund that’s more than double the size of its previous one.

The fund’s name references the accelerator Perceptive has a stake in, Xontogeny, led by biotech veteran Chris Garabedian. Some of the money from Perceptive’s new fund will go toward startups coming out of the accelerator, but it’s also open to making Series A or Series B investments in outside companies.

“When we launched, we expected that the predominant sourcing was going to be those companies that we seeded and incubated and were ready for a Series A. The biggest surprise between launching fund one and now closing fund two is that we have a lot more mature companies that are looking for their first institutional Series A investments,” Garabedian said.

Between the Perceptive Xontogeny Fund, the firm’s other investment funds and a handful of special purpose acquisition companies, or SPACs, it has started, Perceptive can operate across the investment spectrum. 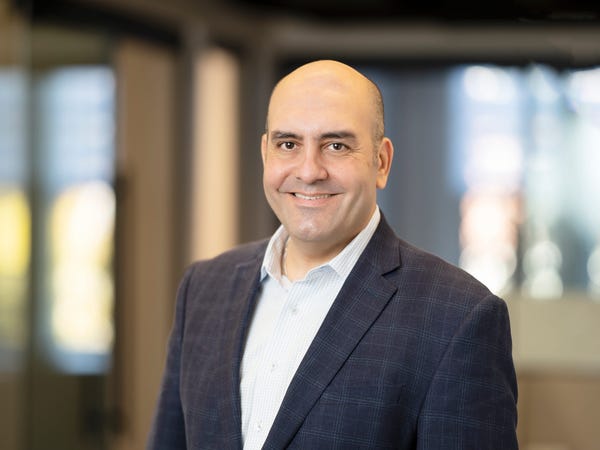 Perceptive is hoping to stand out from other investment firms by being entrepreneur friendly.

When Garabedian and Perceptive’s Chief Investment Officer Adam Stone first began talking about working together on earlier-stage investments, the primary question was: How could Perceptive compete for innovative science and technology that could be scooped up by more seasoned funds like Third Rock Ventures or 5AM Ventures?

The solution was for Perceptive to take less equity in a company than other venture capital firms would, allowing founders to maintain a bigger stake.

That was the case with Perceptive Xontogeny’s first investment: Landos Biopharma, which went public in February — one of the fund’s first exit opportunities. Founder and CEO Dr. Josep Bassaganya-Riera owned 29% of Landos heading into its IPO.

To mark the fund’s milestones and next wave of investing, Garabedian took Insider through Bassaganya-Riera’s original pitch deck from 2017. He unveiled some of the myths around selling a biotech startup to investors and what actually works.

Three things in particular stand out to Garabedian: the startup’s scientific approach, how the founders are interpreting the data they’ve collected, and their strategy for running human trials and getting regulatory approval. Those insights and more are detailed below.

The pitch deck has been edited for clarity and length. Some slides have been removed. 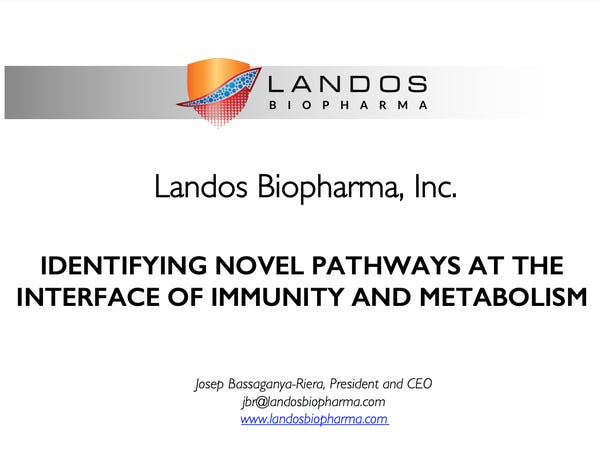 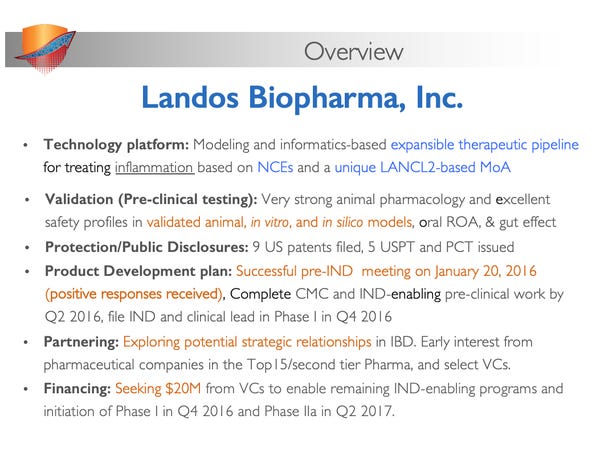 Perceptive started the Xontogeny fund with the goal of giving startups enough Series A funding to get them through the first phase of testing drugs in humans. But the fund also ended up participating in Landos' Series B round in 2019. 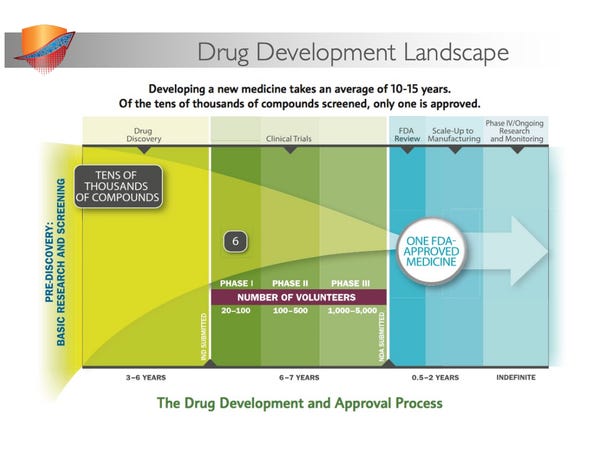 The Xontogeny team says no to between 98% and 99% of the startups that approach it for funding, according Garabedian. 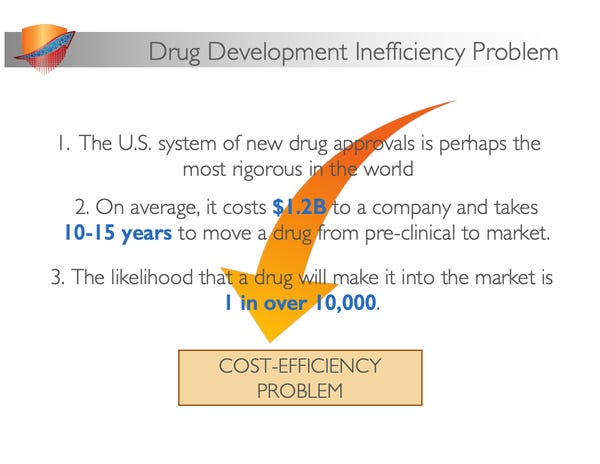 Roughly 30% of a good drug startup pitch should be about the science: what the drug is targeting and how it works in the body, Garabedian said. Another 30% of the pitch should focus on interpreting data that's been collected. 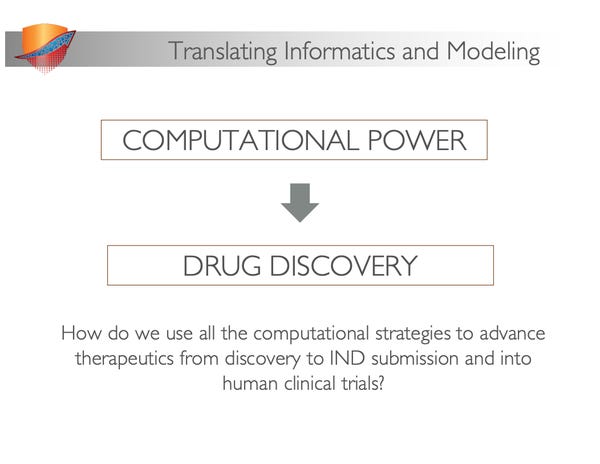 It's also important to lay out the strategy for running clinical trials, which diseases the drug would be best used to treat, and how the drug would be presented to regulators like the Food and Drug Administration. That accounts for another 30%, Garabedian said. 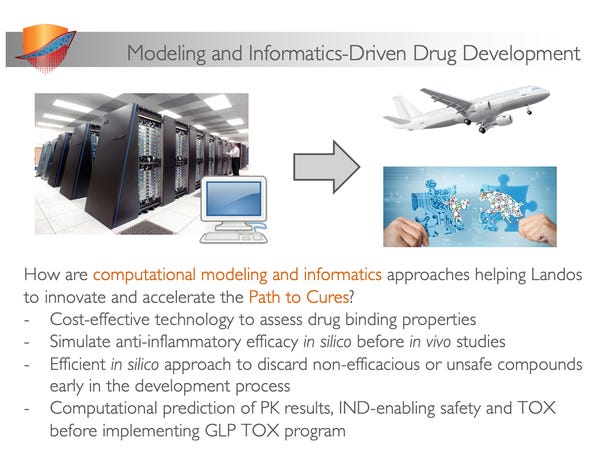 The final 10% of the pitch should be used to lay out the market opportunity and detailing the vision of the company beyond the initial drug candidate, he added.

Many of the latest drug startups are focused on building scientific platforms that can be applied to many different diseases. But the first drug candidate is the most important to pitch to investors. 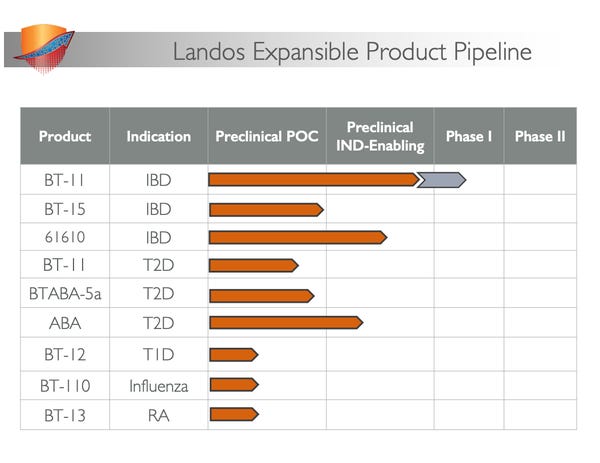 “Let’s say that I’m completely convinced that I have the cure for all cancers. I have a new technology, and this is going to cure all cancers. Well, go into a VC and pitch that. It’s going to ultimately move toward a discussion of, ‘Okay, maybe we believe you. But what’s your first proof that this works? Which cancer are you going to pick that has the best chance that this will work, and what’s that going to cost us to figure out?’ And then we’ll get excited about what’s next,” Garabedian said.

Landos had hoped to be acquired or complete an IPO by 2023, but was able to accelerate its plans thanks to some additional animal testing the Perceptive team suggested. 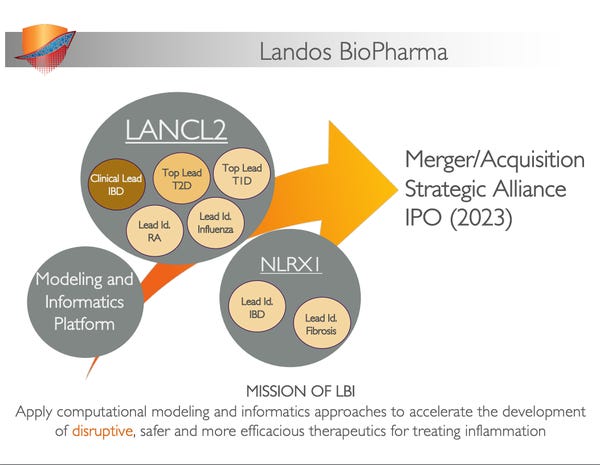 Before investing, Garabedian had an associate gather data from every comparable trial they could find. One of the reasons Perceptive invested in Landos was that the data from early tests of its drug looked as good, if not better, than other treatments. 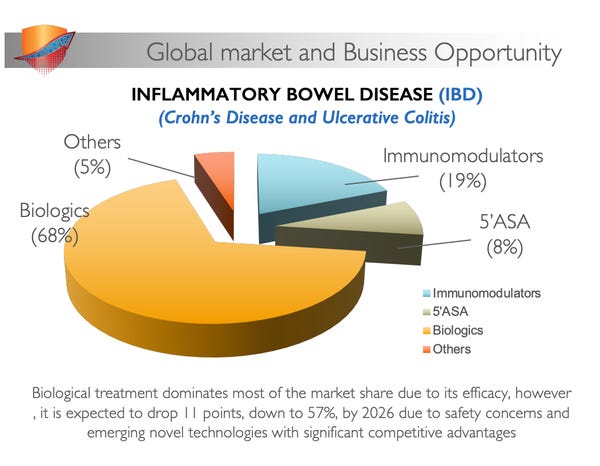 Landos had focused on a new approach, the LANCL2 pathway, as a way to address inflammatory issues in the body. 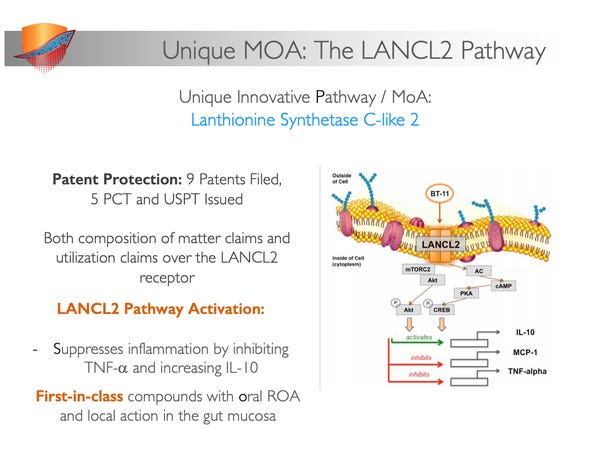 Landos was able to show investors that the oral drug it was developing could affect multiple organs in a mouse, including the spleen, lymph nodes and colon. 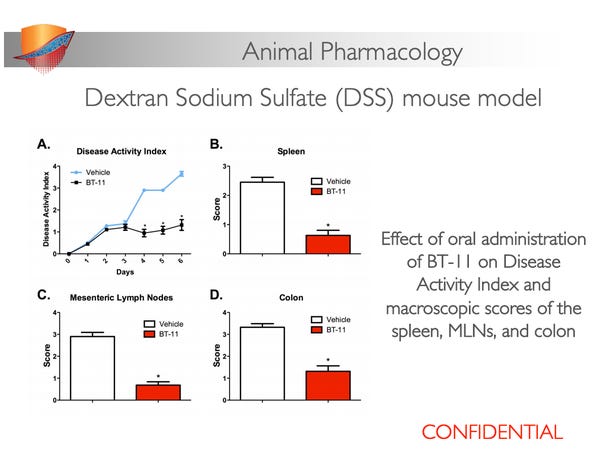 "When you start to look at the mouse data, it really starts to come alive," Garabedian said of Landos' pitchdeck. 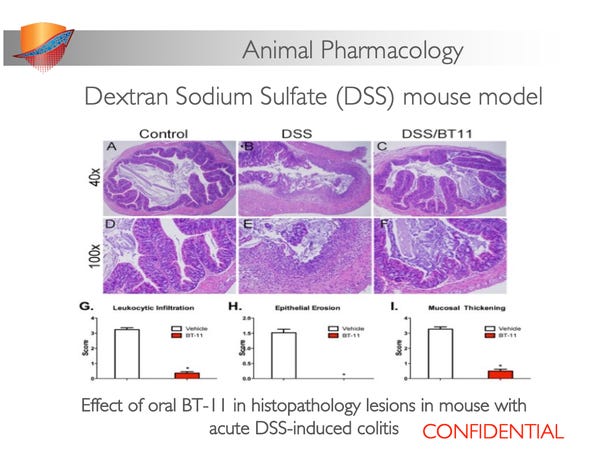 Landos' slides showed a significant difference between mice that hadn't received its experimental drug and mice that had. The startup measured the drug's effect on several established markers of inflammation, including TNF alpha and interleukin 10. 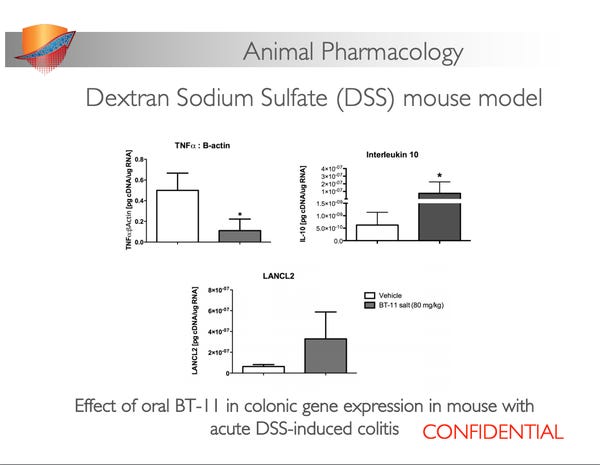 Landos' preclinical testing indicated that its treatment would lead to less weight loss than other drugs. Weight loss and malnutrition are common side effects of inflammatory bowel disease. 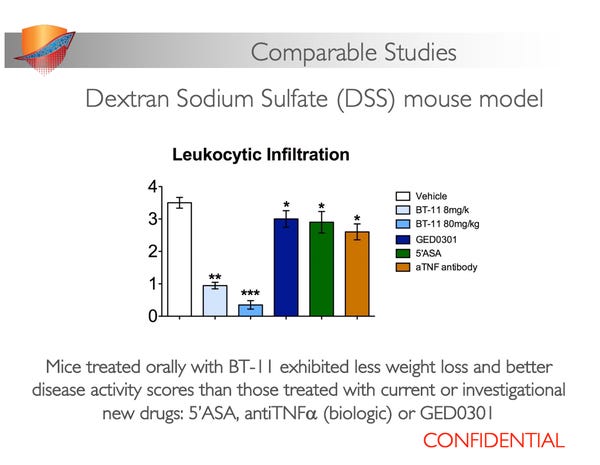 Perceptive's team also was impressed that Landos could show increasing the dose of its treatment could lead to higher response levels in mice. 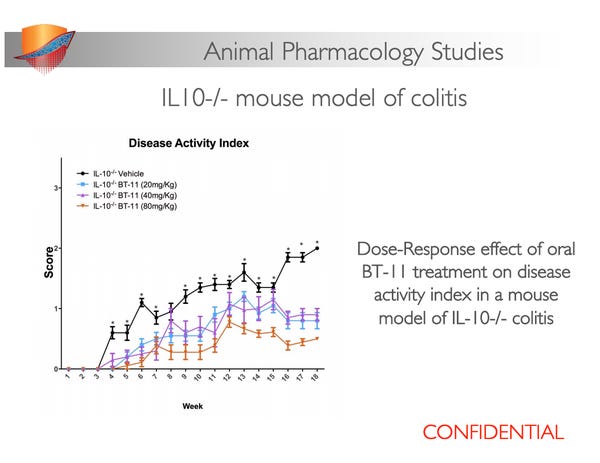 Perceptive has invested in companies with less data. But it was impressed that Landos was able to show that its experimental drug was promising in multiple different experiments. 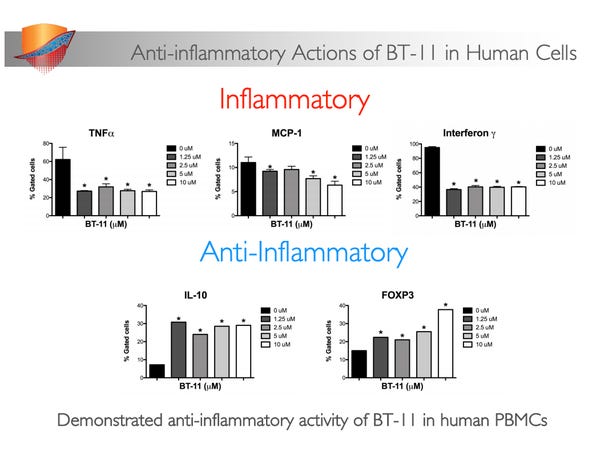 Founder Bassaganya-Riera also compared the preclinical data the Landos team had collected to data from people who had used one of four other drugs for Crohn's disease. Crohn's disease is one form of inflammatory bowel disease. 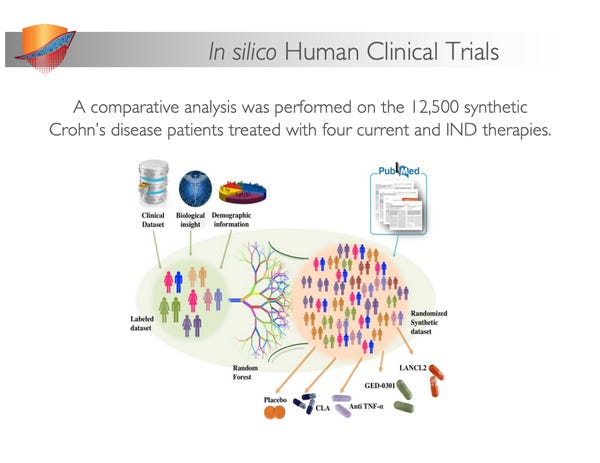 Mice's intestinal systems are very different than humans, which is why Perceptive pushed Landos to conduct a study in pigs before heading into human trials. 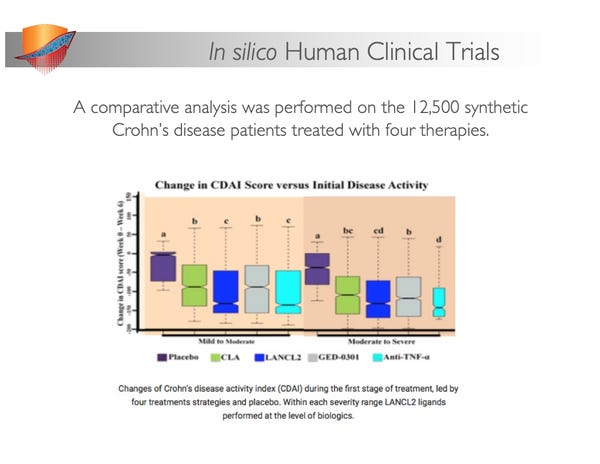 “A mouse intestine is very small. But if you have a pig, it’s almost a one-to-one translatability,” Garabedian said.

Landos was able to stretch its $10 million Series A round far. At one point, another VC told Garabedian that they had invested $50 million in another startup that was developing a drug for inflammatory bowel disease, but weren't able to get as far, scientifically. 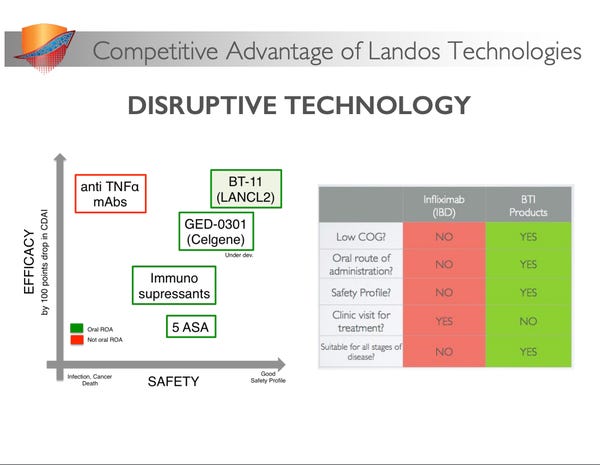 One thing not to focus on a pitch deck is pricing forecasts, because they're always wrong, Garabedian said. 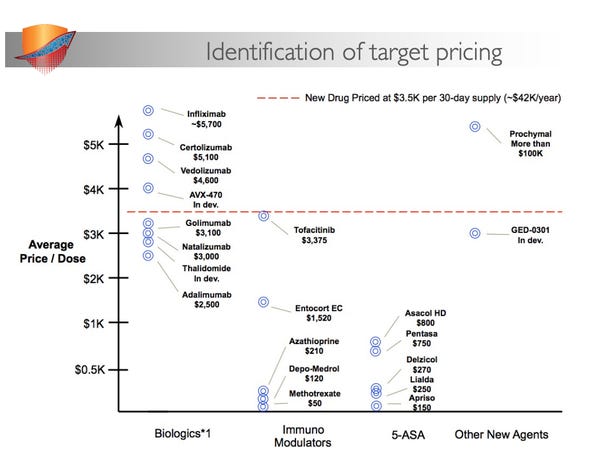 “Who knows that the pricing will be? It’s going be based on the dataset, which population we go after, the benefit to patients,” Garabedian said. “All that said to us was, hey, here’s a scientist who doesn’t come from industry, who at least knows enough to think about other things besides the science. I think it was to his credit that (Josep) was forward thinking, that if we were having doubts about him being CEO, he was showing us, ‘hey, I’m already thinking about pricing, I’m already thinking about commercial launch.'”

Landos originally asked for $20 million in its Series A round. It ultimately raised $10 million, which Garabedian said was used more efficiently and benefitted the startup in the long-run. 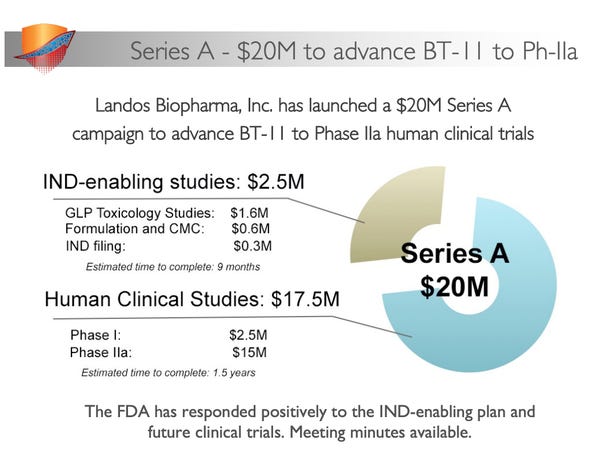 Landos originally budgeted $2.5 million to conduct its final animal testing before launching a trial in people. But the investors convinced the company to double that budget in order to run the tests on pigs. 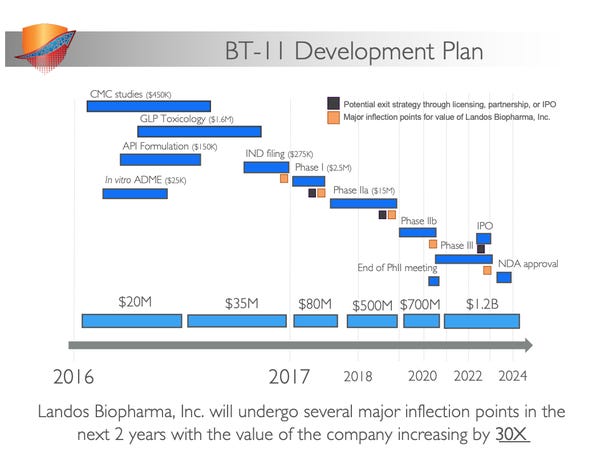 With that pig data in hand, Landos was able to raise its $60 million Series B round at a much higher valuation, according to Garabedian. 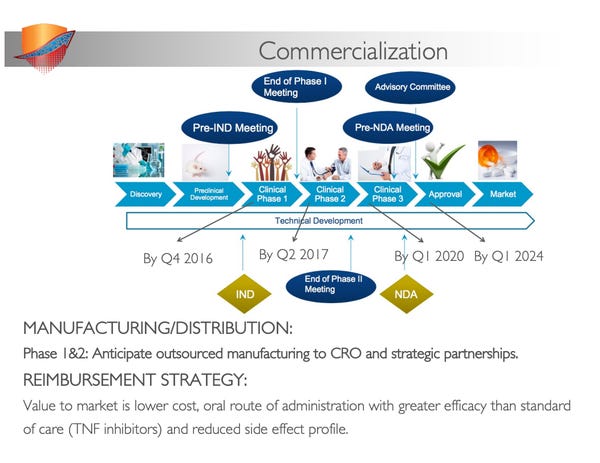 The company was also able to go public sooner than expected. The company was valued at roughly $550 million ahead of its IPO, according to Garabedian. The stock has fallen since the company went public at $16 a share in early February. 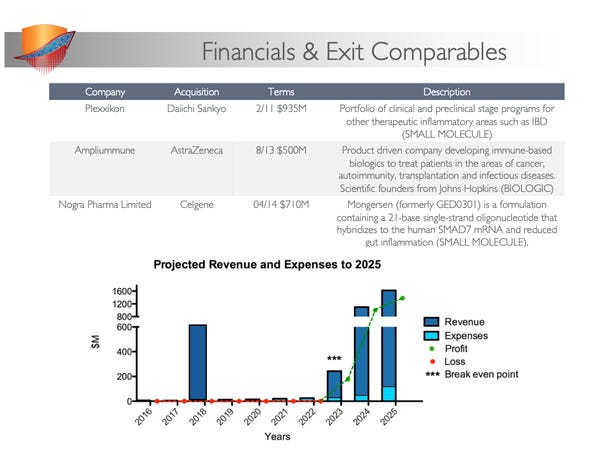 Landos was one of the first Perceptive Xontogeny investments to reach an exit opportunity. Perceptive held 39.5% of Landos when the company went public. At $16 apiece, those shares were worth $213.9 million. 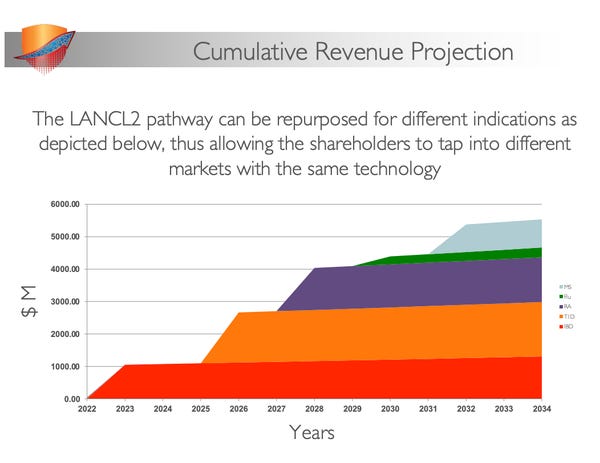 One of the more common mistakes that Garabedian sees is founders or entrepreneurs who think their company is worth a lot because of their patents. Patents are just the starting point for drug development, he said. 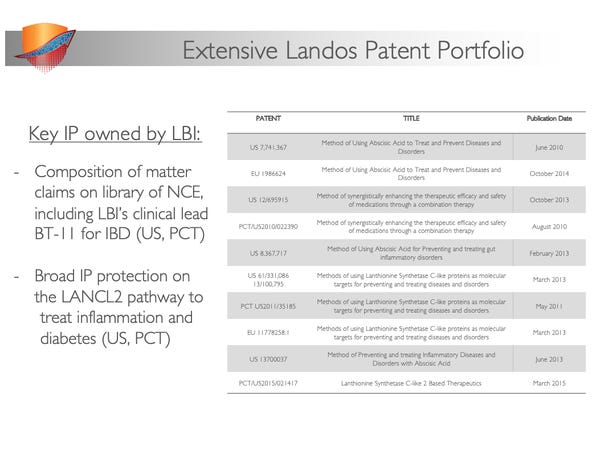 Landos currently has one drug in a late-stage clinical trial. The company is also developing treatments for multiple sclerosis, asthma, lupus and several other health conditions. 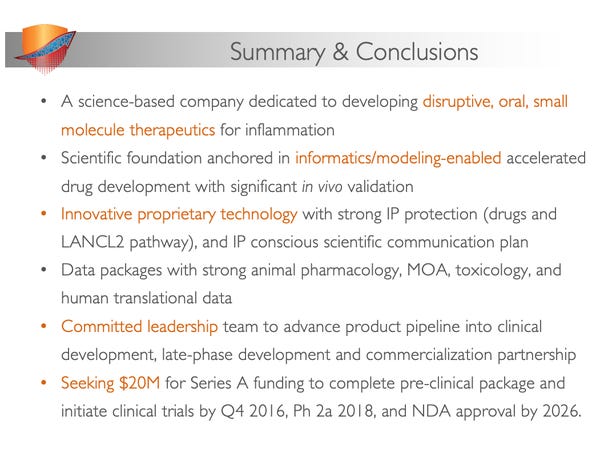 Perceptive Advisors raised more for the second Xontogeny fund because of what it learned by working with companies like Landos. 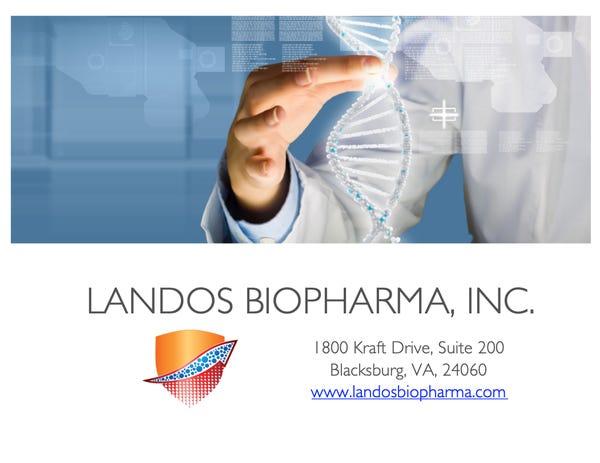