The emergency paid sick leave benefit passed by Congress in March to deal with the coronavirus pandemic kept a significant number of Americans from getting COVID-19, according to a peer-reviewed study published Thursday in the journal Health Affairs.

Yet the benefit is set to expire at the end of the year, well before the pandemic is expected to let up.

The new sick leave provision prevented 400 coronavirus cases per day per state in the U.S., according to the paper from researchers at Cornell University and KOF Swiss Economic Institute in Zurich. That roughly translates to 15,000 cases prevented in the United States, or one prevented COVID-19 case for every 1,300 workers. The researchers did not look at mortality rates.

The emergency sick leave was part of the Families First Coronavirus Response Act, the second of three stimulus bills passed in the spring. It provided 10 days of paid sick leave to workers at small companies, with the government reimbursing the cost through a tax credit. (The law also provided some family leave for parents with children home from school.)

Republican lawmakers and business lobbyists carved out a major loophole in the law by not extending coverage to workers at companies with more than 500 employees. Still, about one-fifth of the workforce, or about 20 million workers, were newly eligible for sick leave thanks to the law, according to the research released this week.

The paper appears to be the first evaluation of the new benefit and comes from a widely respected team of researchers.

Like masks, paid sick leave is an important tool that can reduce COVID-19 transmission, Nicolas Ziebarth, an associate professor in the policy analysis and management department at Cornell University, told HuffPost on Friday

“It’s not a magic bullet, but it’s one tool that’s been shown to work. Over and over again. It’s one tool in the toolbox that helps to bring down case numbers,” said Ziebarth, who worked on the study.

The fact that the U.S., unlike other developed countries, has no universal paid sick leave law might be part of the reason case rates here have been higher than in European countries during the pandemic, Ziebarth said.

A previous study from Ziebarth showed that flu rates in states with paid sick leave were 11% lower than in those without the benefit.

Unlike masks, which have become politicized in the United States and in his home country of Germany, paid sick leave has the added benefit of being fairly uncontroversial, he said. A majority of Americans do support the policy, surveys have shown.

A dozen states and Washington, D.C., do have provisions that let workers still get paid if they need to stay home sick. So, for the study, Ziebarth and his colleagues compared states that never had any paid sick leave law to those that already had something on the books. The idea was to see what happened to case rates after workers obtained a wholly new benefit. It’s the kind of natural experiment that scientists covet. 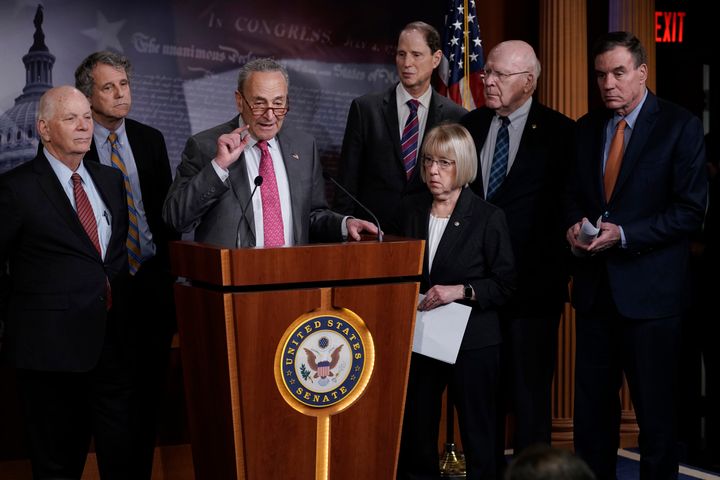 They looked at case rates before and after the law went into effect in April.

At that time, cases increased in both groups. However, they found that in states where the benefit was wholly new, the increase in COVID-19 cases was flatter.

The researchers controlled for the fact that case numbers were increasing during that time overall, as well as testing capacity and population density.

The paper does not look at why exactly paid sick leave slowed case rates, but it’s not hard to surmise that when someone who is sick can stay home from work, they will come into contact with fewer people and therefore infect fewer people.

“No single study can be definitive or tell the whole story, and a lot more work will be done on [this new benefit], so we shouldn’t treat the results here as unshakable,” said Alix Gould-Werth, director of family economic security policy at the Washington Center for Equitable Growth. “But that being said, this is a workmanlike analysis. The authors did a number of robustness checks, and to me it looks like they left no stone unturned.”

Because this study looked only at rates at the start of the pandemic, it would be good to have further analysis into what happens in the long term, she said, adding that Equitable Growth was funding three other studies on the effect of the law.

Gould-Werth pointed out that the study was especially significant given how limited the new sick leave benefit was: So many workers were left out. And the benefit was limited. You could tap those paid sick days only one time. If a worker needed time off again, they’d be out of luck.

“So the fact that we are seeing consistently statistically significant results from a weak intervention says A LOT about the promise of paid sick days as a tool to reduce the spread of COVID-19,” she said in an email.

The emergency sick leave benefit expires at the end of December, and, given its effectiveness, researchers and advocates are urging Congress to pass an extension.

“Bottom line: This shows why Congress has to act with haste to extend and expand the law and why we need a national permanent paid sick days law,” said Vicki Shabo, a senior fellow for Paid Leave Policy and Strategy at the Better Life Lab, part of the progressive advocacy group New America.

Everyone deserves accurate information about COVID-19. Support journalism without a paywall — and keep it free for everyone — by becoming a HuffPost member today.