London (CNN Business)The United States will suffer an “unprecedented” decline in oil output this year despite a historic agreement by some of the world’s other big producers to slash supply with the aim of shoring up prices, according to the International Energy Agency.

US crude futures dropped as low as $19.20 a barrel — their weakest level since February 2002 — on Wednesday following the report from the Paris-based agency, which also warned that the collapse in global consumption this year because of the coronavirus pandemic would wipe out a decade of growth. 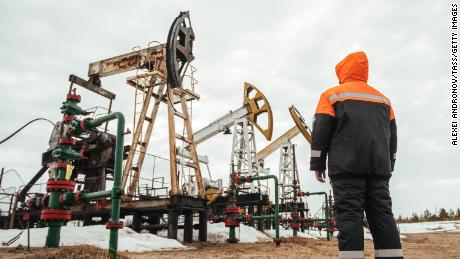 The IEA said in its report that low prices and brimming inventories will sharply reduce US crude production this year, with output in December expected to be 2 million barrels per day lower than the same month in 2019.

Major oil producing nations including Saudi Arabia and Russia agreed Sunday to slash their output by 9.7 million barrels a day in May and June, a deal that was encouraged by US President Donald Trump.
Those cuts are unprecedented in size, but still not big enough to counter the destruction in demand for energy products caused by the pandemic. Crude prices have fallen by about two thirds this year as countries restrict work, travel and public life.

“There is no feasible agreement that could cut supply by enough to offset such near-term demand losses,” the IEA said, adding that the production cuts are still a “solid start” that could eventually help to reduce the supply glut.
The IEA expects global demand in April to plunge by 29 million barrels a day, compared to a year ago, reaching a level last seen in 1995. For the year, demand will drop by a record 9.3 million barrels a day.
The drop in demand comes as the world runs out places to store oil, and the IEA warns that the build up “threatens to overwhelm the logistics of the oil industry — ships, pipelines and storage tanks — in the coming weeks.” 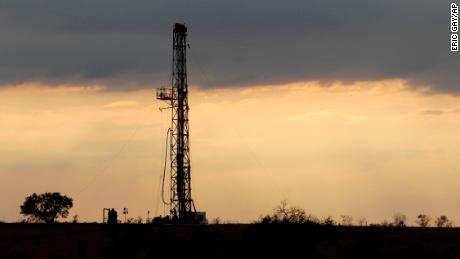 The brutal market dynamics leave the shale companies that helped turn the United States into the world’s leading oil and gas producer in an extremely tough spot.
The companies with the weakest balance sheets will have to save cash by abandoning expensive drilling projects and furloughing their workers. Producers, which were already planning to cut spending this year, are already slashing budgets.
Independent drillers have cut spending by up to 40%, according to the IEA, and oil majors such as Exxon Mobil (XOM), Chevron (CVX) and BP (BP) are slashing their estimates for US production this year. Over the past four weeks, producers have idled 26% of active oil rigs in the United States. 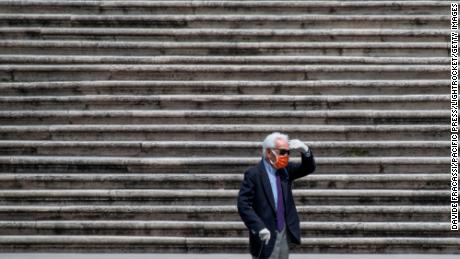 “While in the past, it has taken four to five months for a decline in prices to impact new drilling and a further five to six months for output to start declining, the speed at which the industry adjusts this time has been much faster,” the IEA said. “Further downward adjustments are likely to come.”
The expected drop in production means that tens of thousands of well-paid jobs are now at risk in states including Texas and North Dakota. Even more jobs are on the line when refineries are included.
Source: Read Full Article