India’s top oil and gas producer ONGC wants the government to scrap windfall profit tax levied on domestically produced crude oil and instead use the dividend route to tap into bumper earnings resulting from surge in global energy prices. 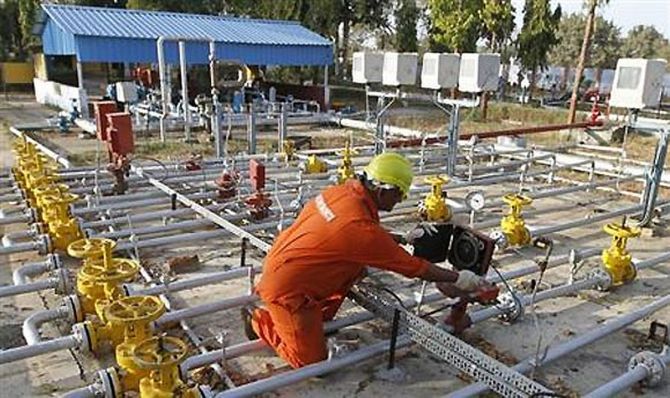 The firm also favours a floor price for natural gas at $10 per million British thermal unit — the current government-dictated rate — to help bring deposits in challenging areas to production, two sources aware of the matter said.

Buying discounted Russian crude oil, which was shunned by the West since the Ukraine conflict, has helped save Rs 35,000 crore and this savings should be ploughed back by boosting domestic output, they said.

ONGC management has told the government the savings from Russian oil buy should be allowed to be passed on to the company which will invest the same in identified projects.

It feels companies should be allowed to reap higher revenues and profits from elevated oil and gas prices instead of levying windfall profit tax on prices above a threshold.

This higher profit can be then tapped for dividends which are a more equitable way of distributing wealth, the company management told the government.

As per the extant guidelines, ONGC pays a minimum annual dividend of 30 per cent of net profit or 5 per cent of the net worth, whichever is higher.

Following this policy, the firm will pay a higher dividend to the government, which holds almost 59 per cent shares in the firm, as well as other investors, boosting their confidence in the company.

This would boost company share price and valuation, benefiting the government the most.

This route will also allow the company to retain a fair amount of money for spending on finding oil and gas in unexplored areas and bringing even smaller resources to production which will ultimately help the nation cut down on its imports, sources said.

Export duties of Rs 6 per litre ($12 per barrel) were levied on petrol and aviation turbine fuel and Rs 13 a litre ($26 a barrel) on diesel.

The duties were partially adjusted in the five rounds on July 20, August 2, August 19, September 1 and September 16, and were removed for petrol exports.

Tax on domestically produced crude oil currently is Rs 10,500 per tonne while export duty on diesel is Rs 10 a litre and that on ATF is Rs 5.

An ad-hoc tax adds to fiscal uncertainties for investors, they said.

Following the similar principle, the government should also allow companies to discover market price for natural gas and tax only gains accruing over and above a minimum $10 per mmBtu threshold.

While crude oil is priced at parity with international rates, the government currently fixes the price of natural gas bi-annually based on rates prevailing in gas-surplus nations like the US and Russia.

Even this gas price fixation is now being reviewed with a view to bring down the rates for consumers.

The cost of producing gas from deepsea and difficult areas such as high-pressure, high-temperature fields is very high and any attempt to artificially control rates would lead to investments in such fields becoming economically unviable, they said.

ONGC has told the government that it recently discovered a price of $22 per mmBtu that users were willing to pay for its coal-bed methane (CBM) gas.

The government could look to tax any price that accrues over and above $10, sources said.

The government-dictated gas price for ONGC’s legacy fields is $6.1 per mmBtu for the six-month period ending September 30.

The rate is close to $10 per mmBtu for difficult fields such as deepsea.

These rates are expected to climb to over $9 per mmBtu and $12 respectively from October 1.