As the Manchester-based company prepares the next release of its supersuccessful Descenders mountain biking challenge, founder Mike Rose declares: “We focus on putting our staff and the developers of our games first – and that sets us apart.” 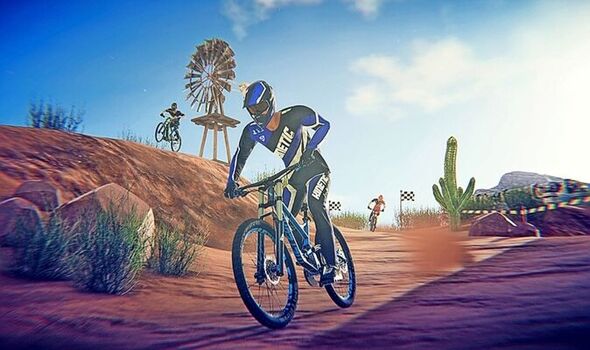 Part of a lucrative global industry that is still relatively under the radar despite being worth £7billion in the UK and £250billion globally, Rose launched NMR five years ago, and it now has more than four million customers and turned over £10million in 2021.

Profitable from its first year, when it also paid off £33,000 of startup backing, NMR has a core team of 13 and is creating jobs for many more indirectly.

As well as managing and marketing games, ensuring visibility through platforms such as Xbox and its Game Pass subscription, the company funds development of new titles – with eight currently in the pipeline and it will soon unveil a new in-house projects programme.

Relationships span the world, with developers in countries from Brazil to Singapore and customers in the US, China and Europe.

Just like NMR’s “not the industry norm” way of running its business, so too its titles reflect broader visions, beyond warfare and survival aimed at teenage males, that are encouraging a more diverse and inclusive take-up.

Rose explains: “Descenders has done so well as most people know how to ride a bike and it is playable by anyone across a wide number of devices.

“Our Game Of Thronesstyled Yes, Your Grace, and Let’s Build A Zoo games are colourful and fun with challenges, competition and adventure, but they also have moral dilemmas making players think about what they are doing. Games teach judgement, logic and motor skills. Our content is bringing in new audiences, older people and more women.

“There’s more chat now in the industry about accessibility, for example games that can adapt for those who are colour-blind or those with coordination problems struggling with controls. Descenders deliberately has fewer buttons making it easier.

“When we told people we were an ethical video games company that met with a lot of scepticism, now they come to us because they know we are the real deal.”

Another NMR ground breaker is Spirittea, that is set in set in rural east Asia and was devised by a couple who were inspired by travelling to the region. It centres on a mystical teapot and the upgrading of an old bathhouse where spirits seek peaceful sanctuary.

Inviting new pitches from developers, Rose says: “We always need more games where we can say “nothing like this has been seen before”.”