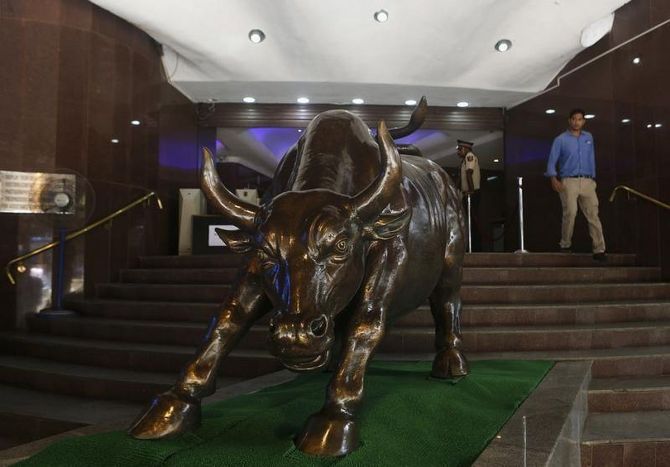 Buoyed by Budget proposals presented by Finance Minister Nirmala Sitharaman on February 1, the S&P BSE Sensex surged over 3,300 points in two sessions to reclaim the 50,000 mark.

If analysts at Morgan Stanley are to be believed, the index is on course to hit 55,000 mark by December 2021 – an upside of around 10 per cent from the current levels.

“We believe the overall approach of the fiscal policy is in line with the message from the Economic Survey, which made a case for active fiscal policy and the focus on growth for creating debt sustainability,” analysts at the foreign research and brokerage wrote in a post Budget note.

The budget proposals positively surprised analysts like ‘never before’, with relaxations in the government’s fiscal prudence evident in the higher-than-expected fiscal deficit target of 9.5 per cent of gross domestic product (GDP) in financial year 2020-21 (FY21) revised estimates and 6.8 per cent in FY22.

That said, even as the budget has laid basis for sustainable growth in the years to come, implementation of the measures announced would be key to yield tangible results going forward.

Among proposals, divestment of select public sector banks (PSBs) and one general insurance company; initial public offer (IPO) of Life Insurance Corporation (LIC); an institution to infuse liquidity into corporate bond market; higher limit for foreign direct investment in insurance; measures for financial sector; and no new taxes for investment in capital markets are some of the other measures hailed by analysts Morgan Stanley.

“If these measures are executed well, this budget has the potency to lift the share of corporate profits in GDP augmenting the strategic shift made in government policy when corporate tax rates were cut in September 2019.

“This augurs well for a new private investment cycle, a recovery in domestic equity flows and earnings growth.

Besides Morgan Stanley, analysts at Jefferies, too, remain bullish on the road ahead for Indian equities in 2021.

Recently, Christopher Wood, global head of equity strategy at Jefferies maintained a bullish view on Indian equities for the year and hiked allocation to Indian equities twice in December in his Asia ex-Japan long only portfolio.

“The key reason is the scale of the cyclical recovery in the coming fiscal year as a result of the dramatic collapse in growth in the second quarter of last calendar year when real gross domestic product (GDP) declined by 23.9 per cent YoY,” Wood wrote in his recent weekly note to investors, GREED & fear.