President Trump says he relies on the recommendations attached to people’s pardon petitions as guidance on whether or not to pardon them.

Now that Michael Milken has secured a pardon from President Trump for financial crimes he was convicted of three decades ago, can the man, once known as the “junk bond king,” rejoin the securities industry?

The answer is yes, but the outcome won’t be so simple.

Milken, at least for now, is telling reporters he has no plans to get back into the business of Wall Street. It was there, during the finance boom of the 1980s, that he made tons of money on junk bonds and leveraged finance deals at the now-defunct Drexel Burnham Lambert.

His plea and conviction in 1990 for securities fraud, landed him a 10-year prison sentence (commuted to two years), $1.1 billion in fines and restitution, and a permanent ban from the securities business. The king had been turned into a pariah.

“Following the President’s announcement of a full pardon for Michael Milken, several media have asked if Mike has any plans to return to the securities industry,” a spokesman said in a statement. “Today, that is the farthest thing from his mind. He’s fully dedicated to continuing his lifelong crusade to cure cancer and other life-threatening diseases.”

But that doesn’t mean Milken will never or could never go back to Wall Street. In fact, Columbia University Law School professor John Coffee said the Trump pardon opens the door for Milken to do everything from managing other people’s money to running a securities firm like Drexel.

Milken, Coffee said, would have to start by reapplying for his brokerage license. Before the pardon, Milken’s criminal record disqualified him from even applying because he’s a felon. With the pardon, the U.S. Securities and Exchange Commission can no longer automatically disqualify him. However, they could ultimately block his application under the so-called “bad actor” rules, Coffee said.

“There are still obstacles but they aren’t insurmountable,” Coffee tells FOX Business, adding that the current SEC chairman, Jay Clayton, would face a difficult decision if Milken were to reapply since his nominal boss, the president, has basically said Milken is no longer a criminal and should not be considered a felon in the eyes of the government.

If Milken does reapply for his license, Coffee said, “SEC Chair Mr. Clayton is going to be sweating a little bit over this.”

Just how much the commission is sweating is difficult to determine since a spokeswoman declined to comment on any aspect of the Milken matter.

Milken Institute spokesman Geoffrey Baum would not speculate if his boss may have a change of heart about getting back into the securities business.

FOX Business was first to report the imminent pardons, commuting of sentence for Kerik and Blagojevich.

Since he’s left prison, Milken has repaired his reputation—working as a private investor, philanthropist (focusing on cancer research) and creator of his eponymous think tank the Milken Institute, which hosts conferences around the world that features some of the biggest power players in politics, the sciences and finance.

While his securities fraud conviction has prevented him from managing money other than his own, his personal investments — he is said to be worth $3.8 billion — have kept him on the periphery of Wall Street. At times his investing saw him engaging in brokerage activities that caught the attention of regulators.

In 1998, Milken settled civil charges, without admitting wrongdoing, that he violated his lifetime Wall Street ban by working as a broker on two business deals. He was forced to pay the government $47 million which equaled what he earned for his services plus interest.

Then in 2015, FOX Business reported that the investment bank Guggenheim Partners faced an SEC sanction for breaching its “fiduciary duty,” the culmination of a four-year probe that began with a regulatory inquiry into the firm’s relationship with the former junk bond king. The firm paid $20 million to settle civil regulatory charges, though Milken, a major client of Guggenheim, was neither named nor charged in the matter.

If Milken does at some point try and return to Wall Street, it would certainly rekindle the debate over his legacy. During the 1980s, he was considered maybe the most powerful man on Wall Street. The junk bond market financed many of today’s top companies and was used in so-called leveraged buyouts, where Drexel and Milken financed a massive takeover boom on behalf of the era’s biggest corporate raiders.

Having so much control over the junk bond market brought tremendous regulatory and media scrutiny that ultimately led to a guilty plea with the U.S. Attorney for the Southern District. Ironically that investigation was spearheaded by former U.S. Attorney for the Southern District of New York, Rudy Giuliani, now a lawyer for President Trump. Sources have told FOX Business that Giuliani advocated for the pardon. 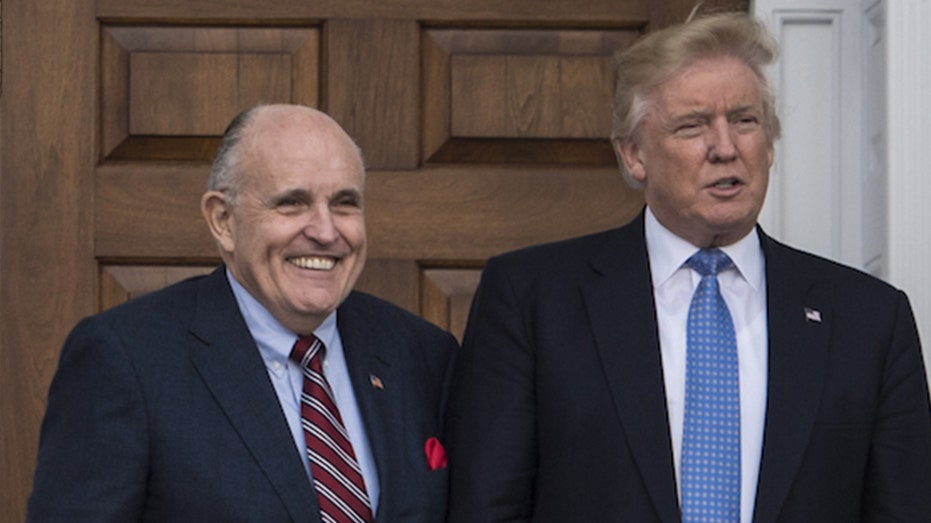 At the time of his conviction, Giuliani and many legal minds considered Milken emblematic of the so-called “decade of greed,” as many of the buyouts he financed led to bankruptcies and contributed to the economic decline of the early 1990s. Still, others considered him an entrepreneur who brought companies much needed financing that allowed them to grow. To this day, legal experts remain split on the severity of the charges against him, or whether prosecutors stretched the law to secure a guilty verdict after years of investigating Milken’s activities.

“My understanding is the actions that led to his prior legal troubles were not black and white violations of the law at the time, “Ron Geffner, a securities lawyer and former SEC Enforcement Division attorney, told FOX Business. “People should be judged on their aggregate contributions to society rather than an isolated action they may have engaged in in the past.”