The Serious Fraud Investigation Office (SFIO) has arrested a person who the Ministry of Corporate Affairs (MCA) said has emerged as the mastermind of the racket of incorporating a large number of shell companies with Chinese links in India. 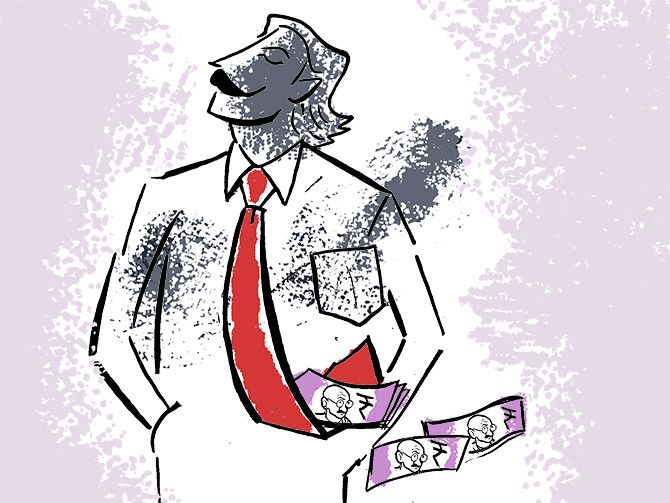 The September 10 arrest comes after Finance Minister Nirmala Sitharaman directed the MCA to identify shell companies that can be used to siphon off funds.

On September 8, the MCA conducted simultaneous search and seizure operations in the offices of Jillian Consultants India, a wholly owned subsidiary of Jillian Hong Kong, at Gurugram, Fininty at Bengaluru, and Husys Consulting, an erstwhile listed company at Hyderabad.

“Evidence procured during the enquiry by the Registrar of Companies, Delhi, and the simultaneous search operations clearly points to dummy directors being paid by Jillian India to act as dummies in several shell companies,” the MCA said in its statement.

Boxes filled with company seals and digital signatures of dummy directors have been recovered from the site, it said.

According to the statement, the arrested person, named Dortse, is on the Board of Jillian India.

“It has clearly emerged as the mastermind of the whole racket of incorporating large numbers of shell companies with Chinese links in India and providing dummy directors on their boards,” it said.

The Indian employees of Jillian were in touch with their Chinese counterparts through a Chinese instant messaging app.

It said that Husys was also found to be acting on behalf of Jillian India.

“Investigations so far have revealed the possible involvement of these shell companies in serious financial crimes detrimental to the financial security of the country,” the statement added.

SFIO had been assigned the investigation of Jillian and 32 other companies.

“Dortse and one Chinese national are the two directors in Jillian India.

“Based on inputs and the investigations carried out, it was gathered that Dortse had fled from Delhi NCR to a remote place in Bihar and was attempting to escape India through the road route,” the MCA said.

An SFIO team nabbed and produced him in a jurisdictional court and took him under remand.

The statement only mentioned Dortse as a registered resident of Mandi in Himachal Pradesh.

The finance minister on Thursday chaired a meeting to investigate illegal loan apps and shell companies which may be used to launder money.

Illegal loan apps hosted on app stores have been found offering micro credit to the pandemic-hit people and low-income groups at exorbitant interest rates, along with hidden and processing charges, and resorting to predatory recovery practices.

It was decided that the Reserve Bank of India will soon prepare a ‘whitelist’ of all legal applications (apps) that offer loans, and the Ministry of Electronics and Information Technology will ensure only these apps are hosted on app stores.

Sitharaman noted the possibility of money laundering, tax evasions, breach of data, and the misuse of unregulated payment aggregators, shell companies and defunct NBFCs for perpetrating such actions, the finance ministry said.

According to the proposed set of measures, the MCA will identify shell companies that can be used for siphoning off funds, and deregister them to prevent their misuse.

All government ministries and agencies have been asked to take appropriate steps, in their domain, to prevent illegal loan apps from operating.