Jenny Matthews and Natasha Ambrose are embarking on an unusual world tour: encouraging schoolgirls to consider careers as superyacht captains.

Matthews and Ambrose, who are both first officers on superyachts, a role that includes helming the vessels, said they decided to launch a scheme dedicated to encouraging women into top ranks after discovering that more than 95% of yacht captains and first officers are men.

Matthews, 30, said she decided to start the She of the Sea campaign because “after securing my officer of the watch ticket in 2018, I realised that in the eight years working on deck I’d never worked with another woman in the deck department [the senior staff who navigate the ship alongside the captain]”.

“I wanted to know if there were any other women officers out there,” she said. “It took a long time to find any official statistics, but research by the Maritime and Coastguard Agency shows that just 60 women have qualified as senior yacht seafarers since 2006 out of a total of 1,210 people. Our mission is to rewrite the narrative of women in maritime by raising visibility and awareness.”

Matthews, who is from New Zealand and joined the superyacht industry as a stewardess when she was 18, said: “I’ve got to be honest with you it’s tough to get a job full stop. This industry is highly competitive with so many people wanting to work in it. And being a female wanting to work in a more male-dominated role can be very challenging.” 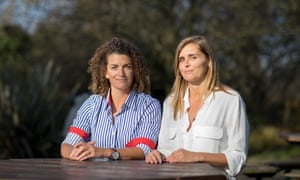 Matthews said raising awareness that women can be captains and chief engineers is a key part of the campaign. “Some people may say ‘why would I consider a woman to be my deckhand? I’ve never seen it. She is obviously a stewardess’. It all comes back to the core perceptions people have about what jobs people should do based on their gender, not what they could be good at.

“It’s unconscious bias, it can even happen to me when I see a female captain I’m like ‘wow that’s so cool’. But it shouldn’t be, it should be a normal thing.”

The women said their campaign was inspired by Kate McCue, the first woman to captain a “mega” cruise ship and similar efforts to raise the visibility of female commercial airline pilots.

McCue has built up a following of more than 100,000 people on instagram detailing her life as captain of Celebrity Edge, a $1bn 130,000 tonne cruise ship with capacity for 2,900 passengers.

The International Society of Women Airline Pilots campaign has highlighted that there are just 9,746 female airline pilots out of a global total of 185,143. Women make up just 1.42% of air captains, the highest rank.

Ambrose, 32, from Chichester, West Sussex, said a core part of the She of the Sea campaign is to let schoolchildren know that working as an officer or engineer on a superyacht sailing the world is a possible career no matter their gender – if they work hard at maths and science.

“The only way to really change things, is to get people enthused when they are young,” Ambrose said. “Our phrase is ‘if she can see it, she can be it’, and we’re planning our own roadshow to schools in the UK and across the world to encourage girls to study science, maths and engineering so that they can take career paths like this.” 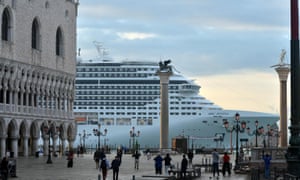 Matthews said superyachts “are all about maths”. “I never thought that I would be using Pythagoras – I really, really glazed over it in high school but that’s pretty much navigation. Superyachting is literally all Stem [science, technology, engineering and maths] from designing them to building them to working out where they can go and driving them.”

The She of the Sea campaign also aims to connect and support women already working in the industry, “It’s about letting people know that they’re not alone, and we are here for each other,” Matthews said.

It comes as research by International Seafarers‘ Welfare and Assistance Network shows that 65% of superyacht workers have witnessed or been aware of an incident of sexual harassment at work.

More than half (53%) of women superyacht workers said they had experienced discrimination, harassment or bullying from the owner, crew or guests, compared to 30% of men in a survey of 441 superyacht crew.