Los Angeles reported the highest number of new, daily Covid cases since the pandemic began on Friday. The previous record was set almost exactly one year ago, during the peak of the winter surge. On January 4, the county saw 21,849 new infections, according to its data dashboard. Today, the 24-hour count rose to 27,091, a new record and up about 35% from the 20,198 infections yesterday.

“With cases almost doubling in [the past] 2 days, and just about 1 out of every 4 people testing positive, Public Health urges everyone to minimize the risk of transmitting the virus by not hosting or attending large gatherings over this upcoming holiday weekend,” said a statement from the L.A. County Public Health Department.

“With explosive transmission likely to continue for some weeks to come, all efforts now need to focus on protecting our healthcare system from becoming overwhelmed,” said department director Barbara Ferrer.

“Explosive” is a good word to describe a local test positivity rate that has nearly doubled in the past week, from 11.4% to 22.4% — see chart below. That’s an astounding jump for a metric that is averaged over the course of seven days and recorded as a percentage in order to smooth out one-day peaks and valleys. This week, it’s been all peak, with test positivity seeing its steepest rise of the pandemic, which likely means today’s is likely not the last record high number of Covid cases in L.A. 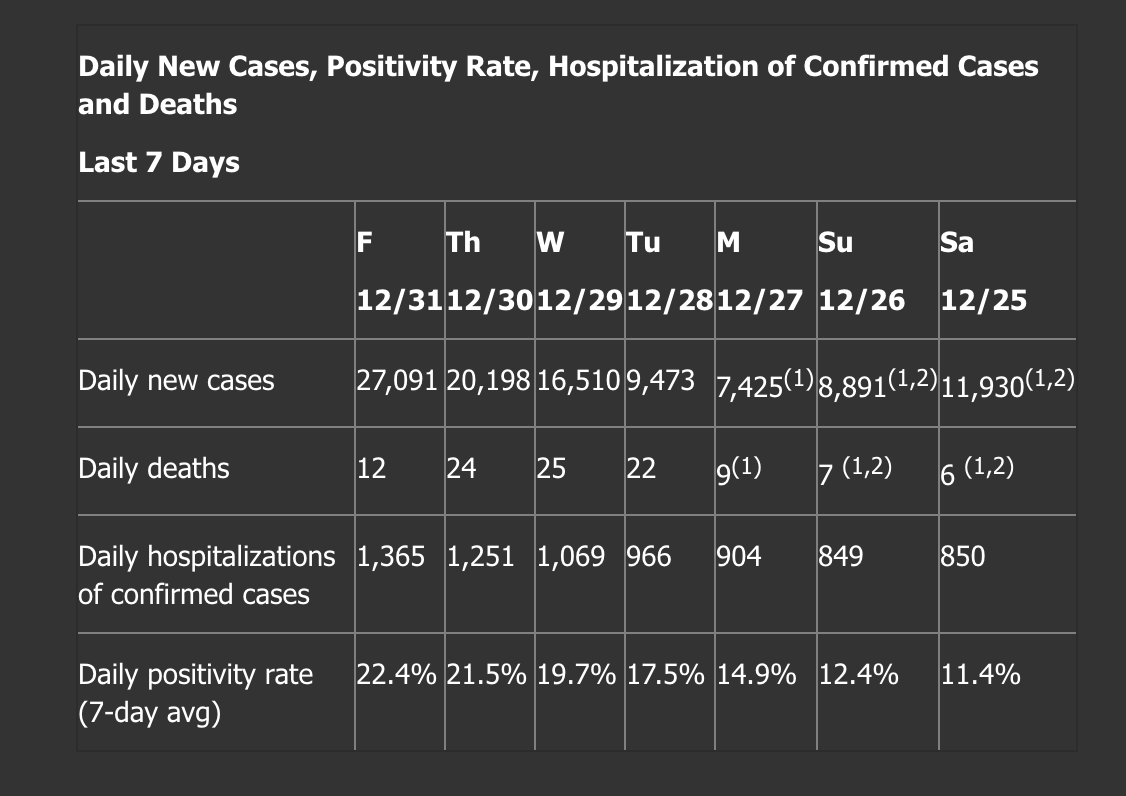 Ferrer also acknowledged this week that hospitalizations — a lagging indicator — have begun to rise significantly, a development the county had hoped to avoid given increased vaccinations and the thought that Omicron is likely less virulent. But hospitalizations involving Covid were up 60% this week, from 850 on Monday to 1,365 today.

Deaths are still low, but Ferrer warned that they usually follow 3-4 weeks after a rise in hospitalizations.

Media And Entertainment Stocks Close The Book On Mixed 2021