Stocks turned in a lackluster performance for much of the trading day on Friday but moved to the upside late in the session. The late-day advance lifted the major averages to new record closing highs.

The major averages showed a lack of direction for much of the week but still moved notably higher. The Nasdaq surged up by 1.7 percent, while the S&P 500 and the Dow jumped by 1.2 percent and 1 percent, respectively.

Recent consolidation efforts have not gained much traction, as traders seem wary of missing out on further upside.

The markets have largely maintained their upward momentum amid optimism about more fiscal stimulus and an easing of the coronavirus crisis.

Meanwhile, traders largely shrugged off a preliminary report from the University of Michigan showing an unexpected deterioration in U.S. consumer sentiment in the month of February.

The University of Michigan said its consumer sentiment index fell to 76.2 in February after edging down to 79.0 in January. The drop came as a surprise to economists, who had expected the index to inch up to 80.8.

With the unexpected decrease, the consumer sentiment index slid to its lowest level since hitting 74.1 in August of 2020.

Surveys of Consumers chief economist Richard Curtin said the unexpected deterioration in consumer sentiment was concentrated in expectations and among households with incomes below $75,000.

“Households with incomes in the bottom third reported significant setbacks in their current finances, with fewer of these households mentioning recent income gains than anytime since 2014,” Curtin said.

He added, “Presumably a new round of stimulus payments will reduce financial hardships among those with the lowest incomes.”

Traders have recently looked at weak economic data as a positive for the markets amid the assumption that it will put pressure on lawmakers to provide more stimulus.

Brokerage stocks moved sharply higher over the course of the trading session, driving the NYSE Arca Broker/Dealer Index up by 2.2 percent to a new record closing high.

Significant strength was also visible among energy stocks, which moved higher along with the price of crude oil. Crude for March delivery jumped $1.23 to $59.47 a barrel, the highest closing level in over a year.

Reflecting the strength in the energy sector, the Philadelphia Oil Service Index and the NYSE Arca Natural Gas Index both surged up by 1.9 percent, while the NYSE Arca Oil Index jumped by 1.5 percent.

Tobacco, transportation and steel stocks also saw considerable strength on the day, while utilities stocks moved to the downside.

In overseas trading, Japanese and Australian stocks moved to the downside on Friday, with most of the other markets in the Asia-Pacific region closed for holidays. Japan’s Nikkei 225 Index edged down by 0.1 percent, while Australia’s S&P/ASX 200 Index fell by 0.6 percent.

Meanwhile, the major European markets moved higher over the course of the session. While the German DAX Index inched up by 0.1 percent, the French CAC 40 Index rose by 0.6 percent and the U.K.’s FTSE 100 Index advanced by 0.9 percent.

In the bond market, treasuries moved to the downside, extending the drop seen in the previous session. Subsequently, the yield on the benchmark ten-year note, which moves opposite of its price, rose by 4.2 basis points to 1.200 percent, it highest closing level since last March.

Following a relatively quiet week on the U.S. economic front, next week’s trading may be impacted by a slew of data, including reports on retail sales, producer prices, industrial production, housing starts, and existing home sales.

On the earnings front, retail giant Walmart (WMT) is among the companies scheduled to release their quarterly results next week. 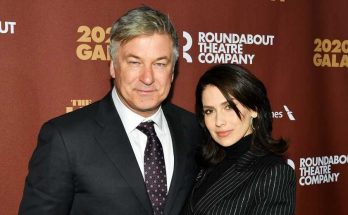 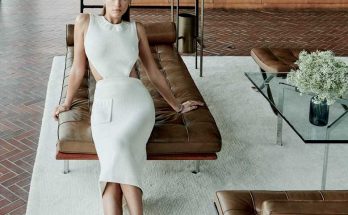