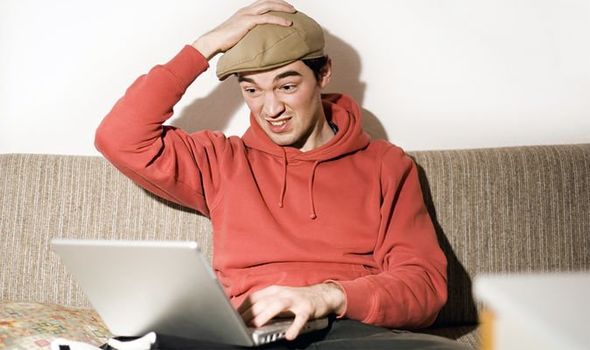 Scott Allen stood his ground for 18 months over what he claims was most unfair treatment, but when the matter reached crisis point last month he asked Crusader for help.

His £360 hire from Sixt car rental was for a nine-day trip with a friend in the south of England during May last year.

He did not inspect the car or sign any form about its condition on pick up, but four days later they noticed a windscreen crack coming from a chip beneath a wiper which made the vehicle undriveable.

“I spent several hours on the phone trying to report it,” Scott explained. “But a replacement only happened four days later. That delay spoiled a major part of our break.”

Scott hadn’t taken out excess damage waiver insurance, which covers parts often excluded in hire policies, so was liable for the damage cost, something he absolutely accepted.

But the delays meant he hadn’t had full use of the car. “I wanted that to be offset in the rental charge,” he explains.

That request was rejected and Scott was sent back and forth between Sixt departments.

All went quiet, he claims, until a year later he got another warning about his outstanding debt.

More inconclusive negotiations followed by a final payment reminder and then a shocking £712 demand from a debt collector.

This came from a firm in Germany where Sixt is headquartered and it also asked Scott for many personal details about his employment status and earnings which Crusader thought outrageous and that Scott would be most unwise to supply.

“I’ve never disputed that I need to settle the damage bill only that the final charge should be fair and reflect where we lost out,” he protested.

After we put his side to Sixt HQ and our concerns about the debt demand, the company responded very quickly and has refunded Scott’s full rental charge.

It explained: “We are very sorry for what happened in this case and have reviewed proceedings internally in much detail. Unfortunately, due to a miscommunication [he] didn’t receive a reply.”

“I’m so delighted, the pressure just got worse,” Scott responded. “I feared for my credit record and without Crusader I’m sure I would have been facing a huge bill. I’m so relieved.”

Specialist insurance cover for those excluded vulnerable car parts would have dealt with Scott’s damage issue, and it is always better to buy in advance than at rental desks on pick up where policies are more expensive. Recognised as great value and fair is the cover offered by iCarhireinsurance.com which charges from £27.96 for a week’s policy (or £3.99 a day).

(Scott’s name has been changed)

Can debt demands issued by firms overseas haunt you at home?

As a general rule debts do not follow people across borders, advises leading credit reference agency Experian (www.experian.co.uk), so it’s unlikely a debt incurred overseas would reach your credit report in the UK. But there are exceptions. There is a process to transfer and enforce internal court judgments locally. If someone ultimately ended up with a county court judgement, for example then that would be added to their UK credit report, plus there are a few bilateral arrangements allowing debts to be sold by collection firms and enforced across borders.

Scott’s clash happened in England and although the demand was issued by a German company where its client Sixt is based, the case could have been passed to a debt collector in the UK, where the company has registered branches. So in all Scott was absolutely right to be worried about repercussions.

The UK International Consumer Centre (www.ukecc.net) provides free support regarding disputes with traders overseas. “But it’s important for people to know who their contract is actually with, a parent company may have various branches registered in different countries,” advises UKICC service director Andy Allen.

The UKICC is now able to help consumers with disputes over purchases made in an increasing number of non-European countries. As well as working alongside the 27 centres of the European Consumer Centre Network (ECC-Net), plus Iceland and Norway, the UKICC has relationships in place to share and handle cases with 10 non-EU countries: Japan, South Korea, Singapore, Mongolia, Malaysia, New Zealand, USA, Canada, Mexico and Switzerland. For more details visit: www.ukecc.net or call 01268 886690 Monday-Friday between 10am and 4pm.