Apple’s decision to launch the eSIM-only iPhone 14 series in the US has American buyers puzzled. 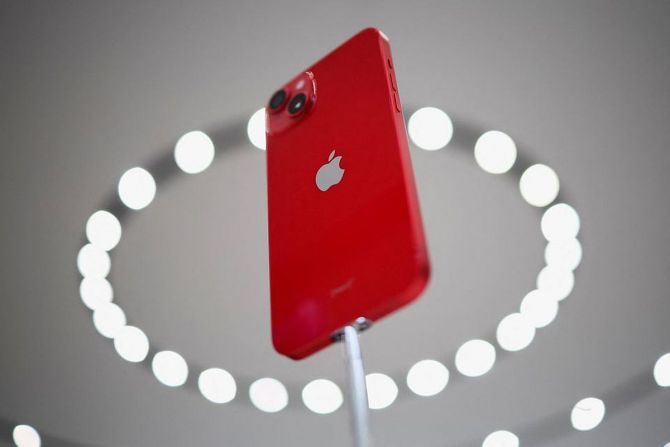 Surprisingly, it stumped some Indian folks, too, despite the availability of a physical SIM slot in the India-centric iPhone 14 series.

This is because a large number of Apple consumers in India get their iPhones at considerably cheaper rates from the US through visiting relatives, friends, family, et al.

Their apprehensions are mostly about compatibility with Indian networks and eSIM availability in India.

Others would either buy India models or may look at destinations such as Dubai, where the iPhones are a tad more expensive than from the US, but still much cheaper than India.

“Given that iPhones from the US will require eSIM-support from day one in India, some tech-aware consumers may still continue to buy iPhones from there,” said Prabhu Ram, head-Industry Intelligence Group at CyberMedia Research (CMR).

“For others, it will be prudent to buy new iPhones in India.”

“A distant home for many Indians, Dubai is likely to be the destination of choice for the iPhone buyers this year because these phones are cheaper there and come with a physical SIM slot.

“So consumers get the iPhone of choice (with physical SIM) at a cheaper price. It is a win-win situation for consumers,” Faisal Kawoosa, chief analyst, Techarc.

Apple has been a trendsetter in the global smartphone market that has been unapologetically copied by other brands on many occasions.

Likewise, the focus on eSIM only smartphones is expected to gather steam now that Apple has initiated the trend.

“The launch of the eSIM-only iPhone 14 variant in the US indicates that the winds of change are very much here, despite all the transitory challenges with technology adoption at scale, in the near to short term,” said Ram.

An eSIM (embedded SIM) is a reprogrammable chip integrated within the smartphone.

It has its advantages and disadvantages, but it is certainly better than the physical SIM.

This is because the eSIM is reprogrammable, and can store multiple unique identifiers.

In simple words, a smartphone with eSIM can save multiple SIM profiles.

This enables convenience especially for those who carry more than one active connection.

Security is another plus of the eSIM. It cannot be taken out, and so cannot be misused if lost and stolen.

For international travellers, the eSIM makes it easy to enrol for telecom connections and activate it before arriving at the destination.

However, it works only in countries with eSIM on offer by telecom operators.

In India, the eSIM has been available alongside physical SIM in premium smartphones such as Samsung Galaxy S-series, Google Pixel series and Apple iPhones.

This hybrid SIM arrangement is expected to remain the choice of combination for India-centric smartphones.

Now on, however, it is likely to trickle down to smartphones across price brackets.

Analysts believe it is time for both telecom operators and phone makers to create awareness around eSIMs.

“While telcos in India will be prepared to adapt to the potential changes that eSIM-only future portends, the focus will have to be on creating awareness, familiarity and trust in eSIMs amongst consumers,” said Ram.