The government gave clearance to five global and five Indian players that have made a commitment to a production value of 12.5-trillion phones in five years under the Production Linked Incentive scheme. 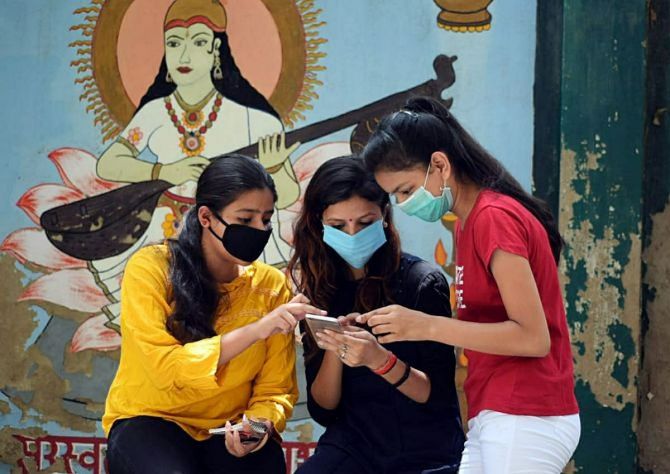 Apple, Samsung and domestic players such as Lava Group are set to make India a major export hub for mobile device manufacturing, taking on the might of Vietnam and China which control 85 per cent of the global export market.

Samsung, according to sources, has committed to manufacturing Rs 2.2 trillion worth of mobile devices which are priced above Rs 15,000.

The price is one of the key eligibility criteria for the government’s Production Linked Incentive (PLI) scheme to spur exports.

Samsung’s commitment represents about 26 per cent of the production value of phones that the government expects to be generated by eligible global players under the scheme.

On Monday, the government gave clearance to five global and five Indian players (Lava, Micromax, Padget, UTL Neolnycs and Optiemus) that have made a commitment to a production value of 12.5-trillion phones in five years under the PLI scheme.

They have also committed together that 60 per cent of the production value will come from exports.

Under the scheme, companies will receive incentives ranging from 4-6 per cent of their production value, provided they meet the investment target and the value-of-phone-manufactured target each year.

The incentives are aimed primarily at narrowing the gap between the cost of manufacturing in India and that of China and Vietnam.

Samsung, which made over Rs 43,000 crore worth of mobile phones in 2018-19 (FY19), had earlier announced that it would export 30 per cent of its production from India.

However, if it is to reach the government’s expectation under the PLI scheme, sources said it would have to raise this and export around Rs 132,000 crore worth of phones in the next five years, or an average of over Rs 26,000 crore per year.

Along with Rising Star (which currently manufactures for Xiaomi), it is committed to producing over Rs 6.8 trillion worth of mobile devices above the price tag of Rs 15,000 in five years, according to sources.

Based on estimates by analysts, the bulk of the production value will be for Apple – over Rs 500,000 crore in five years.

The significance of this figure can be gauged from the fact that Apple’s revenues in FY19 were Rs 10,538 crore.

Sources say that Pegatron is still looking to set up a manufacturing unit in India.

Those in the know say that unlike Samsung, which has a large domestic base, Apple’s share of exports could be far higher than the overall 60 per cent of the production value that the government is looking for.

“They have been selling only 1.2-1.4 million phones in India.

“So, even if they double and introduce cheaper phones, at most that number could double.

“I don’t see how it will sell 40 per cent of their production in the domestic market.

“It’s pretty clear that it will export over 80-90 per cent of their production value,” said Faisal Kawoosa, founder of research agency techARC.

The PLI scheme will represent a significant shift for Apple given that it manufactures 95 per cent of its phones in China with an FOB value of $50-60 billion.

Recent US-China tensions have prompted it to look for another base to reduce its dependence on China.

Home-grown Lava International, according to sources, has made export commitments of Rs 1,100 crore in its first year, representing around 41 per cent of its total production value.

This will go up gradually year-on-year to over Rs 7,000 crore in the fifth year which will account for 60 per cent of its production value.

While Lava CMD Hari Om Rai declined to share any details, he pointed out while India might have a 20 per cent share of the mobile device market in numbers, in terms of value, it was only 3.5 per cent.

“We want to increase this to the same levels as our domestic share.

“For that, the PLI is important. We also have to work on other back-end aspects, such as design and front-end matters like branding and marketing. That will take time,” said Rai.

With Indian mobile device exports pegged at only Rs 27,000, it is clear that the PLI scheme will provide a huge push by aiming for a fivefold increase in exports in five years.