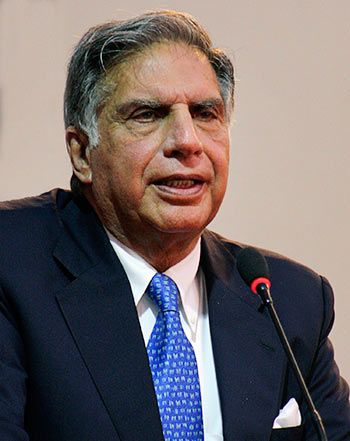 John Elliott, the author of Implosion: India’s Tryst with Reality, on his Riding the Elephant blog says the sacking of Cyrus Mistry as chairman of Tata Sons was in line with Ratan Tata’s personal style of dealing with top executives.

Ratan Tata, the veteran patriarch of India’s revered Tata empire, personally instigated and forced the sacking on Monday of his successor, Cyrus Mistry, as chairman of Tata Sons, the group’s holding company. This is clear from the way the coup was done, which is in line with Mr Tata’s personal style of dealing with executives that fell out with him when he was the Tata Sons chairman for 21 years.

It was also characteristic that, as soon as Mr Mistry had gone, an internal interview he gave last month for staff was removed from the company website. There he had talked about realising Tata was “a unique institution with a rich and glorious history” and said “we now needed to build the capabilities that would allow us to succeed for the next 150 years”.

Mr Tata has a complex character. In an article on this blog when he retired in 2012, I wrote: ‘Watching him as a reporter since I first met him in the mid-1980s, when he was working his way towards becoming Tata Sons chairman, I’ve learned that he feels personal hurt deeply. This has made him ultra-sensitive and unforgiving over what he considers unfair media coverage, and also unforgiving to senior executives who have displeased him’.

From reports, it seems that Mr Tata’s main complaint is that Mr Mistry’s decisions and management style were doing harm to the group’s traditions and image — despite what Mr Mistry had said in that interview.

The way in which Mr Mistry has been shunted out has arguably however done more damage to the group’s strong image of trust, stability and good governance than he himself could have done. It will also make it extremely difficult to find a new chairman to succeed Mr Tata who has taken over temporarily.

‘The halo that once surrounded the Tata name has gone. The group looks like just one more conglomerate that has lost its way,’ says Swaminathan S Anklesaria Aiyar, a respected veteran writer on economic affairs, in the Economic Times. ‘Most group companies have long been under-performers. And the manner of Mistry’s ouster falls short of the high standards the group boasts of’.

There could also be long-term damage to the group’s stability because Mr Mistry’s family is the largest single shareholder and will be around long after Mr Tata, 78, has finally finally stopped work. Mr Mistry, 48, was the group’s sixth chairman since it was founded in 1968 and was the first not to be from the Tata family, though he shares the Tatas’ Parsi religion and there are also links by marriage.

When Mr Tata retired in December 2012 as chairman of Tata Sons, which is India’s biggest and most respected group, he was succeeded by Mr Mistry but remained chairman of Tata Trusts that hold a controlling 66 per cent stake in the group. This means that Mr Tata has continued to wield authority, rather like a supervisory board chairman. He also had enough personal pull to whip other Tata Sons board members into line and secure a six-out-of-nine majority for his coup. 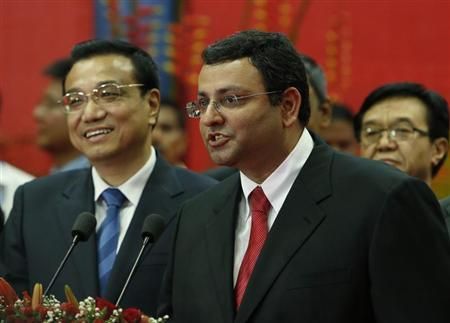 I first heard suggestions in 2012 that Mr Tata was not happy with the choice of his successor but realised that, having himself failed over several years to choose and groom a successor, he had to accept him because of the Mistry family’s shareholding. Mr Tata did not however show any signs of his unhappiness from the time in November 2011 that Mr Mistry was selected, nor after the handover.

Publicly, Mr Tata has occupied himself with a series of personal and Tata Trust investments in new mostly high technology ventures, leaving Mr Mistry to run Tata Sons — but behind the scenes, tensions were building up.

This was inevitable because Mr Mistry’s job was to sort out the baggage and legacy left to him by Mr Tata. No-one bestraddled Indian business in the way that Mr Tata did, presiding over $100bn-plus revenues, more than half from 80 countries overseas, with over 450,000 employees in 100 operating companies and interests ranging from tea to telecom, software to hotels, wrist watches to defence rockets, and coffee (Starbucks) to power and steel.

But he left big problems for Mr Mistry to sort out. They included a debt-ridden £11bn Tata Steel investment in the UK’s loss-making Corus, poor performance and a dismal new product line at Tata Motors’ India business, unsatisfactory results at the group’s Taj Hotels, plus other problem areas including telecom.

Ironically, the big company that was performing worst and needed most basic change was Tata Motors, in which Mr Tata had taken most personal interest, saddling it with the disastrous Nano mini car that has made losses since it was launched in 2009. Offsetting that was Mr Tata’s highly successful $2.3bn takeover in 2008 of the UK’s Jaguar Land Rover (JLR) that has supplied Tata Motors with its profits.

Criticisms being leaked the last couple of days by Mr Tata’s supporters focus contradictorily on how Mr Mistry did not grapple enough with these problems, and how he brought in too many changes.

Similarly, on the Indian television channels, a representative of the Tata Trusts said they were motivated to sack Mr Mistry because of worries about profits to fund charitable works, while Mr Harish Salve, a senior lawyer and Ratan Tata confidant, said that Mr Mistry had been too profit-oriented for Tata as a broader-based institution.

Lord Kumar Bhattacharyya of the UK’s Warwick University, who is a Ratan Tata loyalist and was involved in the choice of Mr Mistry, told the Financial Times that he had been replaced as a result of a “lack of performance”. That echoed a critical article in The Economist on September 24 that contained a very detailed analysis of the group’s finances but arguably did not give Mr Mistry enough credit for trying to balance what it called being “socially responsible but financially disappointing”.

Mr Mistry was trying to sort out the problems. Last year he began to close or sell the UK steel interests, a move that now seems to have been put on hold, partly because of the impact of Brexit on investments. There were changes in the Taj Hotel group which sold at least one big investment, and Tata Power plans to sell stakes in Indonesian coal mines. There has also been an increasingly bitter legal dispute with Japan’s NTT DoCoMo over a $1.2bn arbitration award.

Possibly the most contentious were the plan to sell or close Corus and the DoCoMo clash, neither of which really fit with the Tata gradualist ethos. There have been some criticisms of the way that the Corus affairs was handled, but there were substantial talks with the UK government before the initial decision was announced. The DoCoMo row certainly worried the Indian government, which feared it would put off potential Japanese investors.

Profits actually improved under Mr Mistry. Total net profit in 16 listed companies where Tata Sons is a shareholder amounted to $5bn in the financial year ending in March, according to S&P Capital IQ data. This was 21% higher than in Mr Tata’s last year in charge, reported the FT. But this relied heavily on Tata Consultancy Services, the group’s information technology cash cow, which accounted for 69% of total earnings. Excluding TCS, net profit for the 16 companies fell 42 per cent, reflecting Tata Steel’s heavy UK losses and a sharp decline in earnings for Tata Motors’ core Indian business. The rest of the companies included many bad performers

Beyond all that there have been suggestions that Mr Mistry was leading the group into his own Pallonji family’s main investment area of infrastructure projects. Tata has little or no experience in this area, where bribes and other corruption could cause problems for its “clean” image.

Mr Tata is also known to have been unhappy about a group executive council of new recruits that was set up by Mr MIstry in 2013, introducing a new tier of authority below the Tata board. That council was significantly closed down.

Ratan Tata was chairman of Tata Trusts and Sons 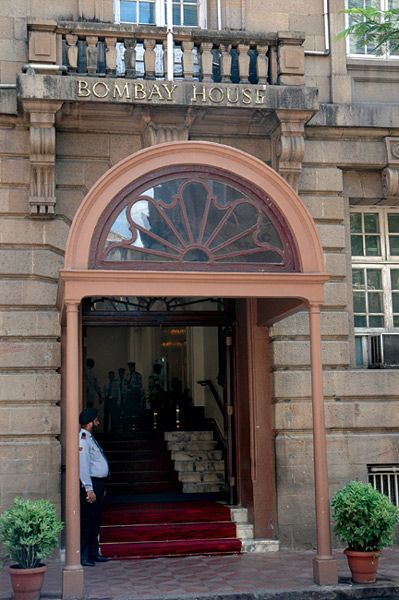 None of this however is very exceptional, and in fact is very similar to what Mr Tata did when he became the group chairman in 1991. He centralised power in the group’s Mumbai headquarters, image, left, and, one by one, removed men who were running key parts of the business including Tata Steel and the Taj Hotels.

No one interfered with him because he was the chairman of the Tata Trusts as well as of Tata Sons, as had always happened till Mr Mistry was appointed. That was a luxury that Mr Mistry did not have, and he did not have time to prove that he could perform long-term as well, if not better, than Mr Tata had done.

It is not yet clear what finally led Mr Tata to decide his successor had to go. Mohan Parasaran, a senior lawyer and Tata adviser, said on NDTV Television that he had been consulted a month ago by Mr Tata about the legality of removing Mr Mistry, who declined an invitation to resign.

Even those who think it was right for Mr Mistry to go however, criticise Mr Tata’s way of handling it. “I am not at all happy about the development which looks very ugly to say the least,” V R Mehta, one of the Tata trustees, told NDTV.

That just about sums up the problem that Mr Tata has created for himself and for the group by deciding it would be better to sack Mr Mistry than to try to work with him and his new ideas.

John Elliott has been a journalist with the Financial Times, Economist and Fortune. He now writes for Asia Sentinel and his Riding the Elephant blog.