Home » How San Antonio, Texas, is investing in tech, innovation, and infrastructure to become an even greater place to live 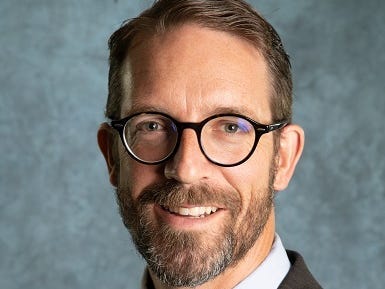 “It’s really about changing the future into something that’s desirable — what we want it to be, as opposed to just following past trends,” Greg Griffin, assistant professor of urban and regional planning at the University of Texas at San Antonio (UTSA) College of Architecture, Construction and Planning, told Insider.

San Antonio’s Office of Innovation is leading the way in this charge by partnering with UTSA, local utility companies, and other organizations. Chief Innovation Officer Brian Dillard said the mission is to identify community needs and find solutions. 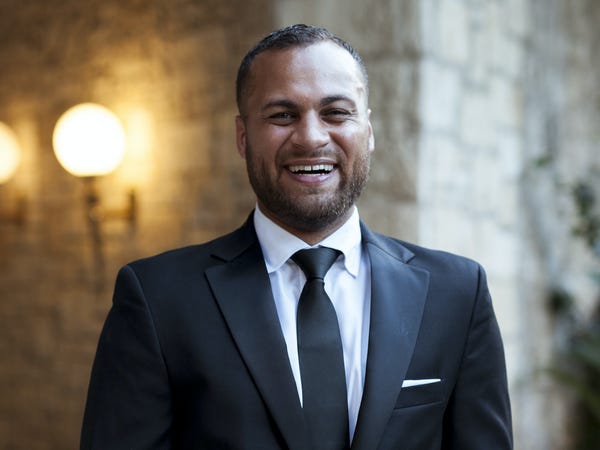 “It’s transforming the conversation around innovation from technology-driven to community-driven,” he told Insider. “We’re driven by community demands. We’re driven by doing things in a better way.”

Here’s a look at some of the projects San Antonio has in the works. 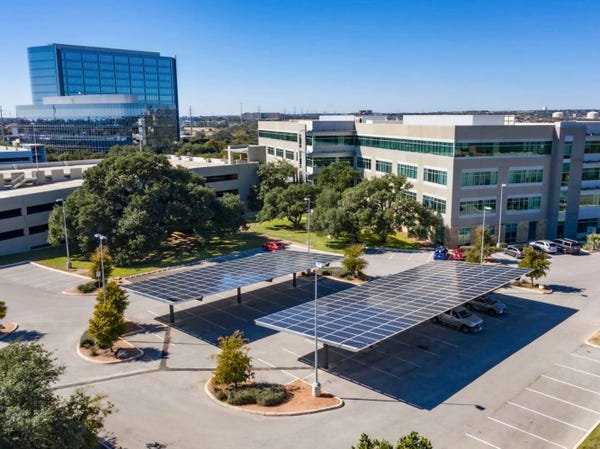 The city of San Antonio created the Office of Innovation in 2007, originally with the mission to make city services more efficient and effective. About a decade later, the office pivoted its focus and launched smart-cities program SmartSA.

Through community partnerships, SmartSA is “about building a future together,” Dillard said. “It’s making sure that we’re working together rather than apart, as we start to innovate and build these smart-city technologies.”

San Antonio designated three areas as “innovation zones,” including downtown, a mixed-use community development in the former Brooks Air Force Base, and the medical center area. There, SmartSA’s partners pilot projects and technologies in a real-world setting. So far, projects have focused on addressing the digital divide, sustainability, and mobility in the city. 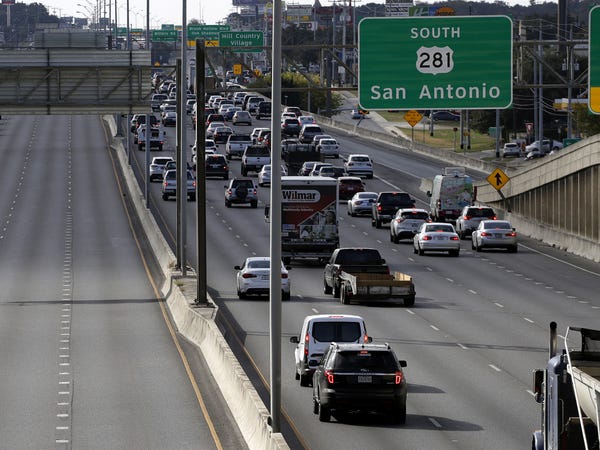 The Office of Innovation’s newest program, the R&D League, launched last year. The multidisciplinary research and development team is investigating technology and innovation to create new policies for the city.

City departments tend to be in “full execution mode” and lack the time to devote to research, Dillard said. “We said, ‘Hey, if we’re going to do these big changes in city government, we really need to test it out on a smaller scale to identify if it works or not,'” he added. The research also helps identify what resources are needed to execute the projects.

Some of the R&D League’s projects include creating an ideas portal for the city and adding sensors to solid-waste vehicles and artificial intelligence on traffic cameras. The program works closely with UTSA, USAA, and the Southwest Research Institute. 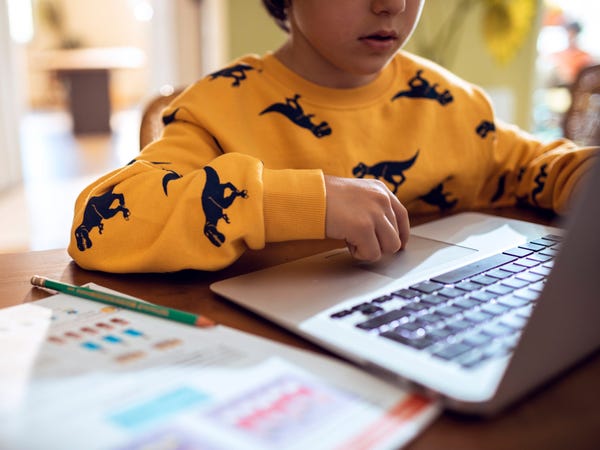 Working with UTSA, the Office of Innovation conducted a digital-divide assessment of residents in 2019 to see who lacked access to broadband internet and where gaps in digital literacy existed. The assessment revealed that about 20% of residents didn’t have broadband access.

“We didn’t want to go down this path of calling ourselves a smart city when a quarter of our residents don’t have access to the internet in 2020,” Dillard said.

To address the digital divide, the city launched Connected Beyond the Classroom, an initiative to ensure 20,000 students in San Antonio’s most vulnerable neighborhoods can access the internet. The city expanded its existing fiber network into neighborhoods and mounted monopole antennas and small cell towers on schools and libraries to send out a signal. Students were given devices allowing them to log into their school district’s network from home.

Dillard said they’re still “chipping away” at closing the digital divide in the city, but, “we do intend to get there.” The plan is to roll out the program citywide. 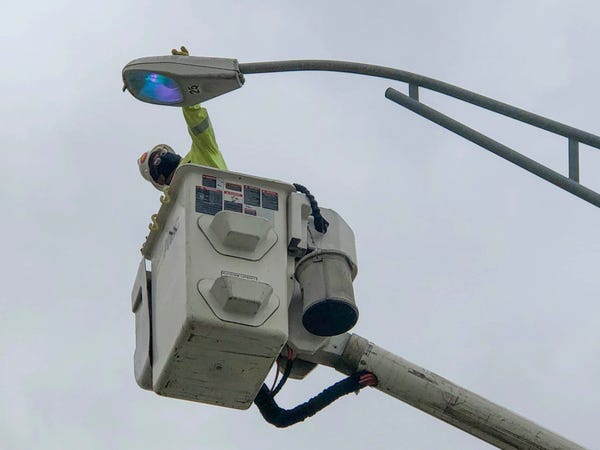 San Antonio recently launched a six-month Smart Streetlight Technology pilot in partnership with local electric-utility company CPS Energy, AT&T, and Itron. Forty-five existing streetlights in the city’s innovation zones were updated so that they can be controlled remotely and outfitted with sensors to test air quality, temperature, ambient noise, parking, and flooding.

“At the end of that six months, we’ll identify what we think is valuable to our residents and what we think we need to replicate further,” Dillard said. 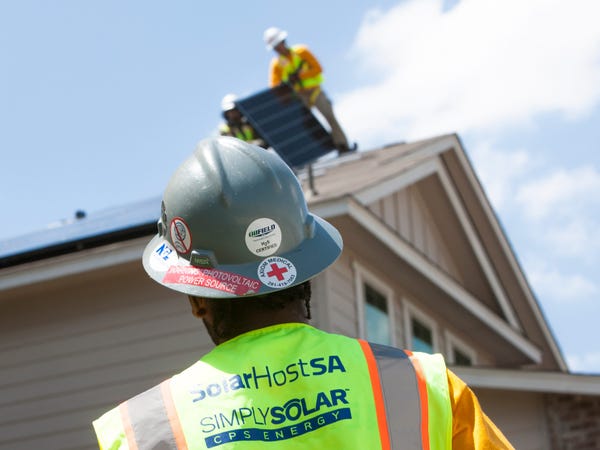 The winter storm that hit Texas in February 2021 led to massive outages across the state, including in San Antonio, and revealed the fragility of the power grid. CPS Energy, the electric-utility company for San Antonio and the surrounding area, is working on several projects to solve this issue, as well as address sustainability.

Flexible Path is a CPS Energy plan to reduce the use of coal and gas and increase renewable energy usage by 2040. The power company is also working to expand solar and wind power, battery storage, and electric vehicles.

“The Flexible Path means not relying on what you’ve done before,” CPS Energy President and CEO Paula Gold-Williams told Insider. “Be completely open and find ways to embrace technology and change.”

Recently, CPS Energy launched requests for proposal (RFP) to tackle these initiatives. The FlexPOWER Bundle will replace aging gas-steam units and increase solar resources, energy storage, and “all-source firming capacity.” The FlexSTEP RFP is the next step in the company’s Save for Tomorrow Energy Plan (STEP), which emphasizes conservation and energy efficiency.

CPS Energy plans to announce the projects selected via the RFPs later this year. 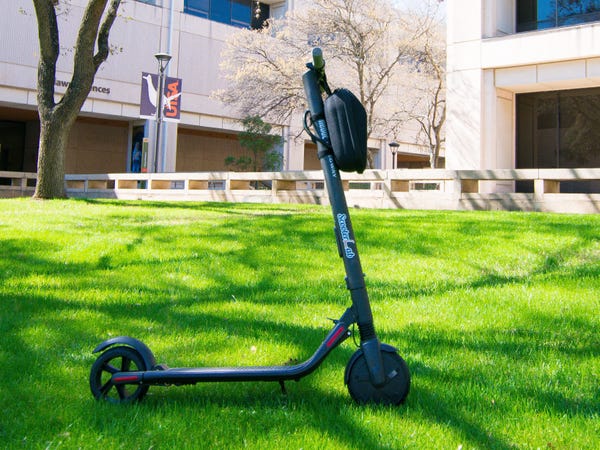 As San Antonio grows, traffic is becoming a problem. Researchers at UTSA are examining ways to make the city more bike-, pedestrian-, and scooter-friendly.

One of the university’s projects is ScooterLab. Through this initiative, electronic scooters and other micromobility devices will be outfitted with sensors to better understand how residents use them and any safety issues.

“We’re trying to develop what we call a micromobility test bed to be able to support all those different types of studies,” Griffin said. “We can potentially test different scenarios that make mobility solutions more equitable and efficient.”

The data collected will inform infrastructure development to better accommodate different modes of transportation in the city, he said. ScooterLab, which is in the early stages, recently received a National Science Foundation grant. 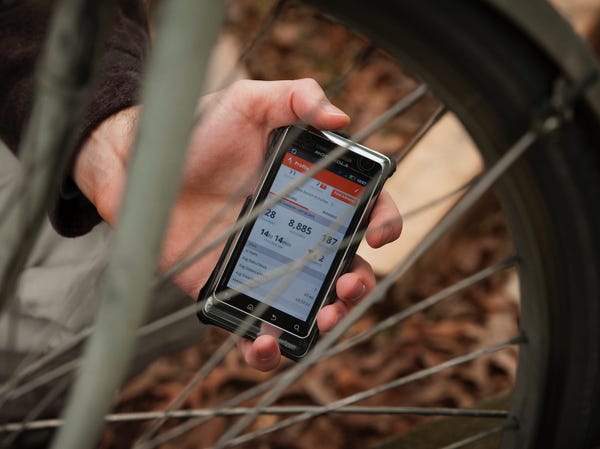 Building better bike infrastructure in San Antonio starts with knowing where residents and visitors are cycling, Griffin said. “We’re working toward solving the problem of being able to identify where real safety problems are,” he added.

Part of Griffin’s research involves crowdsourcing bicycle traffic volumes, using apps like Strava and other methods, and he’s published several studies on the subject. This uncovers where bike-related accidents are occurring and where bike traffic is increasing and decreasing.

The research could help the city know which intersections may need to be reconfigured or roadways need bike lanes to adapt to bike traffic.

Engaging and informing the community is central to the city's mission 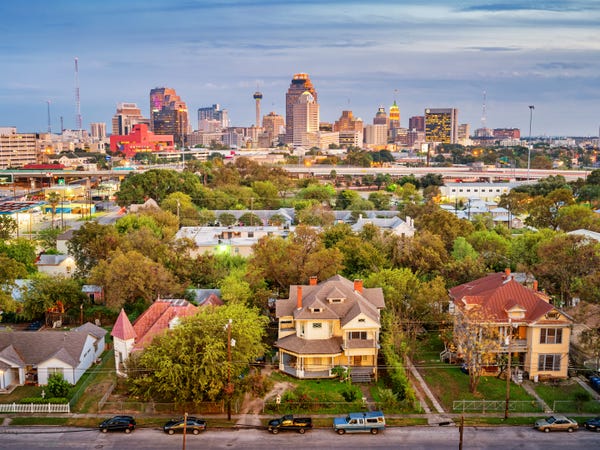 Engaging the community is a central part of the Office of Innovation’s work. Before the pandemic, they launched the SmartSA Sandbox, which are events showcasing smart technology, such as smart sensors and autonomous vehicles, and giving residents the chance to test it out, Dillard said. The events have been on hold for the past year, but the office plans to restart the SmartSA Sandbox soon.

The city has also placed interactive digital kiosks around the city. Residents can use the kiosks to access directions, traffic information, and information about city services. They also serve as free WiFi hotspots.