‘We did not know we would one day dominate nearly 70 per cent of the market.’
‘Today, of 100 diamonds available for trade in Antwerp, 93 are cut and polished in India.’
A fascinating excerpt from Shantanu Guha Ray’s The Diamond Trail: How India Rose To Global Domination. 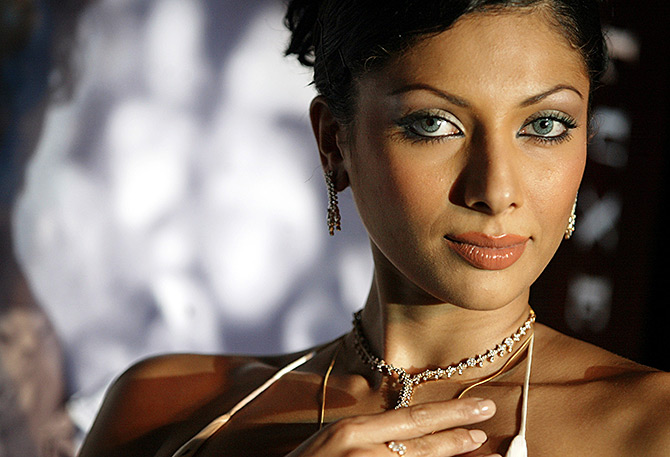 I heard the story of Palanpur — ancestral home to Indian damond merchants — when I was in college. And then, I heard it again, from someone who was considered a legend in the business till he got into trouble because of what many said was his ambition to acquire a larger-than-life image.

He was Bharat Shah, the doyen of the Indian diamond industry. Shah was the face of diamonds in India, and instrumental in the meteoric rise of a near $20 billion industry.

It was Shah who had once gathered a handful of business journalists to talk about Palanpur, a dusty village perennially short of water, which was founded in 746 AD on the border between Gujarat and Rajasthan.

Interestingly, the Jain families of Palanpur, whose surnames were invariably Mehta or Shah, served as able administrators and accountants to the nawabs of the village.

Slowly, yet steadily, the village grew into a semi-developed town and gained popularity as a diamond trading centre.

Soon, a group of specialized money managers set up base in the town and took control of the lucrative business. Palanpur changed further, and by the 1980s, the town was a hotbed for diamond merchants in India who tried both luck and pluck to push their tiny community to snatch a significant portion of the global diamond trade from the powerful Hasidic Jews.

Shah talked about the days of crisis and pressure for the diamond merchants in India. They went to the bottom end of the crater of buying and cutting diamonds because the Jews were unhappy at the Indian inroads into a business that they believed they would dominate for life.

They were backed by the Belgian cutters, who would invariably laugh at Indian diamond merchants, refusing to cut any stones that were under ten points or one-tenth of a carat — the famous Koh-i-Noor was, incidentally 109 carats.

But the Indians did well to slug it out in the trenches, ostensibly because they were not fussy and were looking for fresh business. ‘Not everyone will buy big solitaires, the market for small- and medium-sized diamonds will grow’ the Indians reminded themselves.

So what did they do? They picked up modest quantities of small, industrial quality roughs and handed them over to the master craftsmen of Palanpur who were more than happy to get work from international markets and turned them into sparkling gems.

The Indians would not refuse anything that came their way; some of the stones they dealt with were so small that only a few specialized cutters could handle them.

Slowly, Palanpur became one of the hubs for diamond merchants, many of whom had global ambitions. 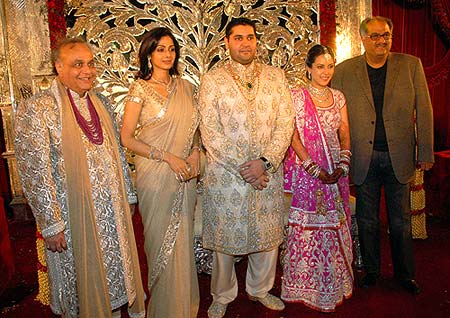 Within a decade, the changes were evident in the world’s diamond markets. Merchants from India, such as Bharat and Vijay Shah — interestingly, both college dropouts — became the carat kings of the world, founding and heading what was then India’s largest private conglomerate, B Vijaykumar (in India) and Vijaydimon (in Belgium), with an estimated turnover of Rs 35 billion.

The story did not stop at diamonds. Larger interests took the Shah brothers to real estate and (what else) film financing.

They employed over 25,000 people and set up cutting and polishing factories in cities across the world, including Bangkok, Palanpur, Surat, Mumbai, Antwerp and Tel Aviv.

The brothers divided the work — the head office in Mumbai was handled by Bharat, while Vijay worked out of Antwerp in what appeared to be a brilliant combination of the East meeting the West.

I was privileged to be granted an appointment with Bharat Shah at his office in Mumbai. The soot-stained building was interestingly named Mehta Bhavan and looked like an unlikely headquarters of a top diamond merchant.

Shah worked in a office full of diamonds and cash but he had no guards, no CCTV cameras, people walked in and out of his office without hesitation, the list including errand boys seeking help for family problems.

He remained calm, answered my questions and kept inspecting diamonds; an error in judgement would have been disastrous.

Diamantaire Peter Meeus — a true Belgian who knows diamonds like the back of his hand — said he was happy to see how the Shahs operated.

‘There was total style in their operations, they knew how to take risks, both in India and in distant lands like Antwerp and Bangkok,’ he told me.

He remembered that the Shahs had once been keen to set up a factory in Bangkok because it offered smaller sizes of diamonds and many, both Indians and Jews, were heading for that coastal country.

But the Shahs made it clear right from the start that they would not handle small but medium and large diamonds. ‘We were not interested in the small-size game, there is no fun in it’, laughed Bharat Shah. 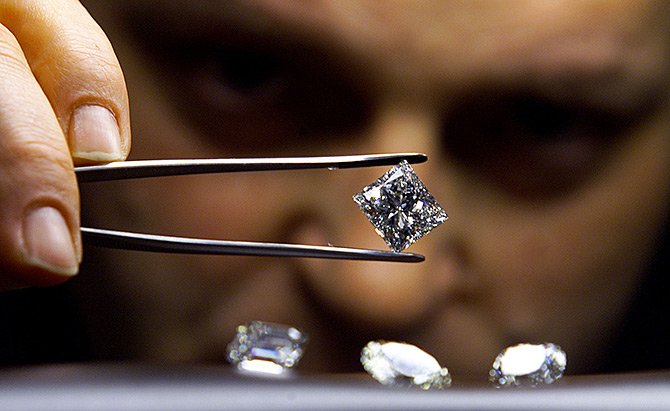 They never felt the need to place full-page advertisements in the broadsheets of Mumbai, Delhi and Ahmedabad.

They worked on a simple model that worked very well in the market: build volumes by buying and selling cheap and do not look at the margins. They called it their minimalist philosophy.

This practice rattled the Indian diamantaires, who could not understand what the Shahs were doing.

The brothers would pick up roughs at very low costs when the markets were bad, unlike others who would virtually stop buying the roughs at such times.

They would then sell the polished stones at prices that were 10 to 12 per cent cheaper and make decent profits.

The way the Shahs ran the show was exactly the way Palanpuris would do business in India and abroad. They would bargain hard.

Thanks to their drive, the Palanpuris learnt much of the tricks of the trade from the Jews who were known to drive a hard bargain. 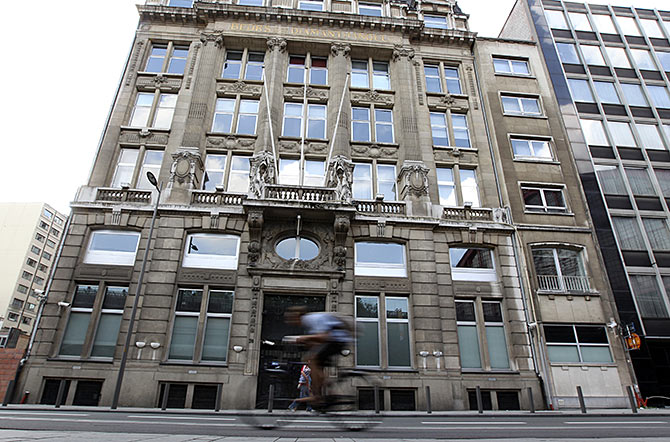 ‘We did not know we would one day dominate nearly 70 per cent of the market,’ remembered Manoj Mehta, another successful Jain diamantaire from Palanpur, who left India more than two decades ago to settle in the sleepy city of Antwerp in Belgium.

‘There were times when we would get excited to see diamonds coming from Belgium, diamonds cut and polished in Tel Aviv. Now the trend has reversed, the world watches us buy, cutting and polishing diamonds for the trade,’ said Mehta. He, along with others, have pushed India into the big league of diamonds.

He told me that the journey from Palanpur to Antwerp had not been easy. Many of his village brothers would often write home in distress, saying they were unable to handle the pressures of doing business with the Belgians and Jews in Antwerp.

‘We told them to hang in there, we were confident one day India would emerge as a great buyer of diamonds and the trend (would) shift from the West to the East,’ said Mehta.

He added that Indians succeeded in Antwerp because the Palanpuri Jains were quick to adopt some of the brilliant techniques in cutting and polishing diamonds.

‘Those were Western concepts but the Indians were super fast in implementing these in the business, faster than the Westerners.’ 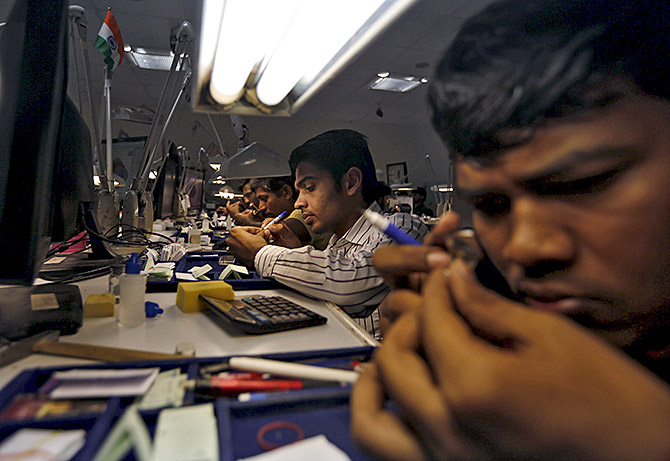 According to Moshe Rabin, a small-time diamond trader, the Palanpuri Jains did something the Belgians and Israeli diamond merchants never thought would make sense in the business: The Indians introduced the art of polishing the dust, or small diamonds — 100 pieces in one carat — to the Antwerp gem market.

‘This was a game changer, a showstopper move because the Indians were now procuring right here in Antwerp raw diamonds mined from Johannesburg in South Africa, Siberia in Russia, Australia and other parts of the world.’

‘It was a win-win situation for the Indians, almost like an open and shut case in business because Europeans had no value for dust diamonds because they felt there was no way such diamonds could be cut or polished’

The Indians knew they had superb diamond cutters in Surat who could do the job.

The closely-knit Jains have always been known for hard work, honesty, skill and entrepreneurship. Interestingly, they carried their business on the legacy of secrecy and honesty, cutting deals for millions of dollars without any written agreements. Rabin said he was surprised at the way Indians were doing business, especially in the West, where heists occurred frequently.

Thanks to such trust, a scattered cottage industry is now a trillion-dollar enterprise. 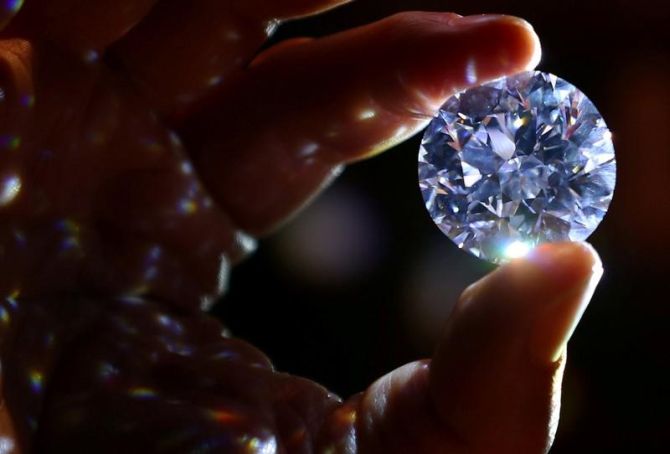 Rabin provided several insights into the Indians’s success in Antwerp. The Palanpuri Jains began purchasing dust diamonds in bulk for polishing in India.

Initially, the Europeans took no note of this, thinking the move to be a ‘stupid gimmick’ by Indians who were then considered ‘desperate businessmen’.

But slowly yet steadily, as dust diamonds were sent to India for cutting and polishing, India established its monopoly across the world in selling a new breed of diamonds.

This changed the game in the world of business where once, diamond cutters in Europe and Israel had ensured a position for themselves in the cities of Antwerp, Tel Aviv and Amsterdam.

The three cities were considered the world diamond triangle, but the Indians changed it and forced the world to sit up and take notice.

‘Now diamonds cut and polished in India are the most sought-after products in Antwerp,’ said Rabin.

And this is all due to the Jains of Palanpur who dared to undertake the perilous journey to Antwerp to get into the diamond business and eventually, reshaped the diamond trade.

Today, of 100 diamonds available for trade in Antwerp, 93 are cut and polished in India.

Excerpted from The Diamond Trail: How India Rose To Global Domination by Shantanu Guha Ray, with the kind permission of the publishers, HarperCollins India.