It is also exploring the use of a Predictive Services Delivery using blockchain technology to provide services to citizens when they need them, such as a reminder of a baby’s first vaccination — rather than waiting till citizens seek out these services themselves.

Students turning up late is a common problem in government schools in Chennai.

With students meandering in at various times of the day, teachers waste a lot of time checking attendance during different periods.

Now, in a pilot project at a school in Triplicane in Chennai, the moment pupils arrive, an AI-enabled facial recognition system marks their arrival and the time.

The school has seen an 85 per cent fall in stragglers.

A brainchild of the Tamil Nadu e-Governance Agency or TNeGA, the pilot, tested in several schools, will now be implemented in 3,000 government schools across Tamil Nadu.

It is also exploring the use of a Predictive Services Delivery using blockchain technology to provide services to citizens when they need them, such as a reminder of a baby’s first vaccination — rather than waiting till citizens seek out these services themselves.

These are just a few examples of the innovative solutions that TNeGA is pursuing for a digital future and backing the efforts is Chief Minister K Palaniswami’s decision to increase the budget for e-governance initiatives from Rs 25 crore last year to around Rs 400 crore.

An IAS officer and an IIT Kanpur alumnus, Misra is leading a team of a dozen professionals at the new Centre of Excellence in Emerging Technologies which is developing these new systems.

Their mandate is simple: Use every new age technology ranging from AI, machine learning, blockchain and the Internet of Things to help the government perform better.

Part of this involves steering the government towards evolving policies that are based more on data and analytics than on unproven assumptions and guesswork.

While TNeGA is working on many ideas, some have already been implemented, such as the facial recognition system for student attendance.

This indigenously developed solution costs only Rs 3,000, including the hardware.

“It is saving nearly an hour every day that used to be wasted by teachers doing periodic attendance checks and freeing up that extra time for the core educational activities in schools,” said Misra. 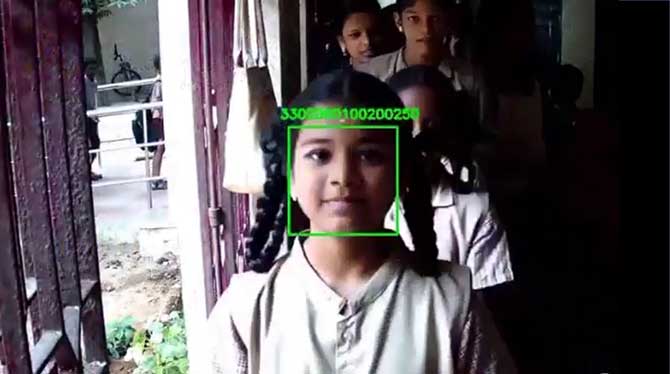 The interface of the system is an app called Uzhavan.

A farmer can photograph a pest-infected crop on his mobile phone and upload it through the app.

The system at the backend processes the picture using an AI-enabled image processing algorithm to identify the pest or disease.

A message is sent to the farmer suggesting what he can do to get rid of it in less than 24 hours.

Every day about 500 farmers post requests on Uzhavan for help.

Its usefulness is huge given than nearly 70 per cent of Tamil Nadu’s population depends on agriculture.

As to the rest of the country, its possible usefulness can be gauged from the fact that India’s per hectare cereal productivity is almost half that of China and the UK (around 3,000 kg/ha vs 6,000 kg/ha) owing to crop diseases causing a significant loss of productivity.

One of the first things that TNeGA did was to try and understand why citizens did not access government services digitally.

It roped in IIM Tiruchirappalli for this purpose and the findings showed that most citizens are simply not familiar with keyboards.

TNeGA collaborated with Anna University to launch “Anil”, an automated virtual assistant which can talk to people in Tamil.

The smart assistant guides people step-by-step on how to apply electronically for birth, income, or community certificates.

In the future, TNeGA hopes to make the process voice-based.

Getting futuristic with blockchain

One of the state government’s most futuristic projects is the Blockchain Backbone infrastructure to improve the efficiency of e-governance services.

TNeGA has earmarked Rs 40 crore to build this blockchain platform which will be offered to all government departments.

Known as Nambikkai Inaiyam (which roughly translates to Trust Link), the platform is a state-wide infrastructure that can be leveraged by all government departments for intra-department exchanges and for providing services to citizens.

Alongside this, TNeGA is also creating a Zero Knowledge Proof-Based Predictive Services Delivery platform for all government services.

The idea is to provide these services in advance of when citizens are likely to need them, obviating the necessity of applying for them.

“For example, when a child’s birth certificate is issued, the system at our end will send the vaccination information through an SMS when she becomes six months old.

“Likewise, when she turns five, her parents will be alerted through mobile message to create her Aadhaar card,” said Misra.

The application software used for issuing certificates will be suitably modified so that the document issued will electronically hit the makkal number (citizen number) already created by TNeGA for 70 million people in the state and electronically reach a ‘Citizen Vault’ — a kind of storage folder — to be created for each resident.

People can view their certificates or documents in their “vault” using their mobile number and user ID.

From birth to death and all the other documents a person needs in between these two events — proof of education, caste, income etc — a system on blockchain will, without human intervention, prompt the software of each department to issue the relevant document as and when appropriate.

“The state’s mission is very clear.

“As a government, we have to offer citizens convenient procedures and services that ease their life and not make them run from pillar to post seeking essential certificates or documents,” said Misra.

The state has allocated a budget of Rs 90 crore for the Predictive Services Delivery project which is presently in the blueprint stage but is likely to take concrete shape over the next year.

“A good governance model, technology architecture and human capital are among the critical success factors for successful e-governance, not to forget the need for political and administrative will,” he said.

Raj added that TNeGA’s plans for Nambikkai Inaiyam which will digitise all services on a blockchain backbone-based trust platform, was a classic example of how emerging technology can be applied to lay a “robust foundation to achieving visionary goals for good governance”.

Still more ideas are being formulated such as using technology to detect internal bleeding from CT scans, a blockchain-based solution for tamper-proof preservation of registration documents, and an Internet of Things-based monitoring of the drinking water supply in rural areas.