Dan Schulman is the CEO of PayPal. Robert F. Smith is the CEO of private equity firm Vista Equity. Rich Lesser is the CEO of Boston Consulting Group. The opinions expressed in this commentary are their own.

Amid the national reckoning over racial inequality, corporations and foundations across the country have pledged roughly $11 billion to support causes that promote racial equity. Yet to date, only about half of that promised amount — roughly $5.8 billion — appears to have translated into real investments in the many organizations that are working day in and day out to create lasting change in communities of color. This slow pace of investment must be addressed if we are to successfully tackle the urgent and pervasive challenges before us.

The reasons for the lagging rate of real-world contributions have become increasingly clear. On the one hand, companies have struggled to decide where to funnel their investments given the breadth of the problem and the sheer number of organizations. Companies have also faced difficulties in measuring the success of their commitments in the short term, as results can sometimes take years to come to fruition.

Complicating things further, nonprofits and other organizations have had a difficult time navigating the vast landscape of available resources and making the social connections necessary to obtain funding, according to a recent report. All these issues are compounded by an ingrained mistrust of large corporations in communities that have so often gone overlooked.

To reduce friction, bolster trust and maximize the impact of commitments, corporations should lead the way by developing new models for partnering with groups — and other likeminded companies — that support and promote racial equity.
Here’s how:

Rather than attempting to pinpoint one or two individual causes or groups to support through a one-time investment, companies should take a holistic approach and spread their investments over a range of pressing issues that they plan to champion over several years.
Making long-term commitments to a variety of causes, instead of one-and-done contributions to a select few, provides companies the opportunity to develop meaningful relationships with many different advocacy organizations. It also enables companies to gain a deeper and more complete understanding of how seemingly discrete social justice issues intersect, and, in turn, makes them smarter and more informed sponsors.
Take the racial wealth gap, for example, where the average white family has roughly 10 times greater wealth than the average Black family. A one-off donation to a community development financial institution (CDFI) serving a socioeconomically disadvantaged community might temporarily help some minority business owners and entrepreneurs more easily access capital. But a more holistic approach would be to make additional investments in organizations that solve related problems contributing to the wealth gap — such as disparities in homeownership, which limit generational wealth creation, or inequities in health insurance coverage, which saddle families with steep medical bills and debt. 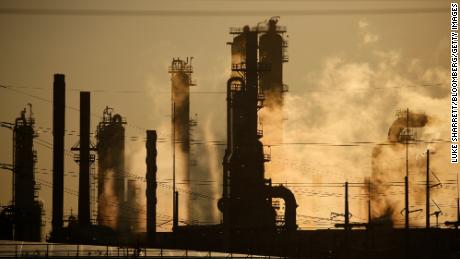 One example of a holistic approach in action is The Southern Communities Initiative (SCI), which is a consortium of companies we launched earlier this year to tackle some of the most endemic problems facing communities of color in the South, where almost 60% of all Black Americans live.
Together, we’re tackling a host of urgent challenges — from a dearth of education and workforce development opportunities, substandard housing, health inequities, the vast gap in access to digital tools, limited access to capital and major physical infrastructure failures.
On the issue of wealth creation, we’re partnering with CDFIs to help them secure federal and other funding to better support minority businesses; working with historically Black colleges and universities (HBCUs) to address vast racial disparities in education; and we’re launching new partnerships with leading organizations across target communities — such as Prosper Birmingham, the Greater Houston Partnership and the Urban League of Louisiana — to facilitate coordination across the southeast region.

It’s clear that no one company can solve the most consequential racial justice issues of our time on its own, but too many companies have gotten into the habit of going it alone when it comes to corporate social responsibility (CSR).
Companies should aim to break down these silos and establish partnerships with other companies that share similar CSR goals and principles. This collaborative approach creates opportunities for CSR teams from different companies to collectively bring far more expertise and experience to a joint project. It also makes it possible to tap into each other’s networks in the worlds of CSR. For example, one company’s CSR team might have worked in a certain geographic region or advocacy area that another company is less familiar with, and vice versa. Bringing those worlds together can go a long way.
At SCI, we’re hoping our partnership can provide a blueprint that others can follow. Our three founding companies — PayPal, Vista Equity Partners and Boston Consulting Group — collaborate and seek perspective and guidance from each other on every decision we make. And we’re creating opportunities for our nonprofit partners to work together.

Corporations should establish clearly defined metrics for every project that measure the impact of their racial equity efforts. In the case of expanding access to digital tools, for instance, metrics might include the number of laptops provided or the number of internet subscriptions donated. Corporations should also implement consistent reporting standards, whether that’s in the form of a real-time dashboard or quarterly progress report.
At SCI, we are using the data we collect to prepare a racial equity metrics report that tracks the progress we’re making on a quarterly basis. We are also implementing an opensource database to monitor and track key stats and metrics so we can see where our efforts are succeeding and where we need to double-down.

This will help in tailoring approaches by region, too. Companies will learn which programs are worthy of investment based on their previous record in delivering change to other communities.
Combatting systemic racism and solving these entrenched problems in our society will not happen overnight, but these issues need to be addressed to bring about a more equitable society. This is a pivotal time to make a lasting difference. Everyone can play a role in turning billions of dollars in commitments into real and lasting improvements.
Source: Read Full Article