Auto exec-turned-fugitive, Carlos Ghosn, slammed Nissan and explained why the global autos alliance, that he built, did not sit well with the Japanese government.

In an exclusive FOX Business interview, the embattled former chairman of the Renault-Nissan-Mitsubishi alliance, who fled Japan for Lebanon while out on bail for financial misconduct charges, claimed his arrest was motivated by Nissan’s desire for "autonomy," which ultimately set back the brand’s growth.

"Nissan came back to what it was in 1999, unfortunately, after 19 years of work, as a boring and mediocre car company, which is going to be struggling to try to find its place in the car industry," Ghosn told "Mornings with Maria" host Maria Bartiromo on Wednesday.

"We were building a system where this company would be a part of something completely new with a lot of technical innovation," he continued.

In Ghosn’s new book entitled "Broken Alliances," the former executive details his efforts for collaboration between the three automakers and "hear the story told by me" and "understand what happened."

"The Japanese government and some Japanese executives thought that this balance existing between the French and the Japanese in this alliance would not be respected," Ghosn explained, adding that "the French government was acting in a way to have a much bigger share in their say of this alliance."

A spokesperson from Nissan did not immediately respond to FOX Business’ request for comment.

Ghosn was first arrested in 2018 for allegedly falsifying securities reports and underreporting his compensation.

Greg Kelly, an American former executive vice president at Nissan, is also on trial for failing to fully report Ghosn’s compensation. Both he and Ghosn have adamantly insisted they are innocent. 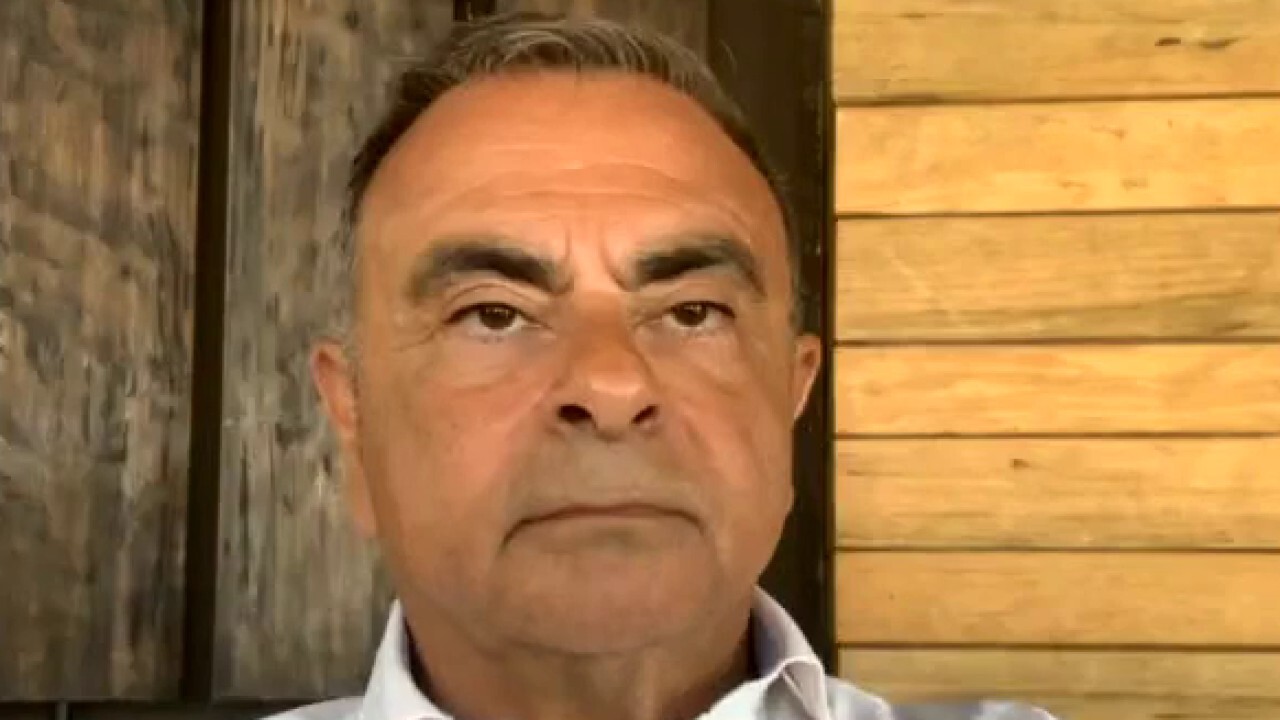 Former Nissan Chairman Carlos Ghosn discusses his new book which details the events that led to his arrest for financial misconduct charges.

Ghosn said he was arrested in order to prevent the mergers from happening.

"Greg Kelly is still in Japan as a hostage of the system, being tried on a single charge of complicity… It’s a joke," Ghosn said.

"He's still waiting for a judgment decision that I understand will take place in March 2022, which is three years after the arrest, just to tell you how artificial this move was in order to stop the merger and development of this group of companies," he continued.

Before escaping Japan in a concert equipment container in 2019, Ghosn was kept in solitary confinement in Japan for months without being allowed to speak with his wife and family. He has said he fled the country after it became clear he would have "zero" chances of a fair trial. His arrest drew international scrutiny and criticism of Japan’s legal system and its 99% conviction rate.

While on trial in Japan, Ghosn claims prosecutors denied his request for an independent court interpreter.

"The reports on this discussion were made in Japanese. When I was asking for a translation, they said, 'No, no, we have a sworn translator,' which obviously is hired by the prosecutor," Ghosn said.

By the end of the trial, Ghosn believes there will be no real winner.

"This is the kind of plot organized by people where at the end of the day you discover there is no winner, he said. "Japan lost its reputation. The French lost. Nissan lost, Renault lost, Mitsubishi lost, the shareholders lost."