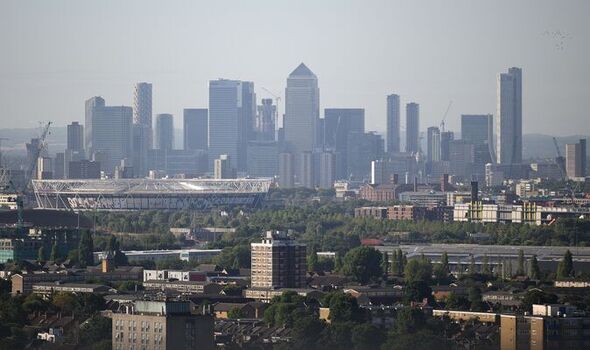 Additionally, the day before, economists expect the Office for National Statistics to report that the average earnings growth rate, including bonuses, went up 0.1 points to 5.2 percent. However, they say the respite from rising inflation will be temporary, as home energy prices will rocket in October.

Energy regulator Ofgem was due to increase its default tariff price cap by 80 percent to £3,549 next month. However, last week, new Prime Minister Liz Truss said the price cap will be frozen at £2,500 for the next two years, as part of an energy rescue package that could cost more than £150billion.

As a result, economists now believe that CPI inflation will peak at around 11 percent, rather than 15 percent plus. Additionally, they say the incoming energy support bill has significantly cut the chances of Britain going into recession.

“The proposed household cap is generous, so should reduce the risk of the economy falling into recession, as well as helping to ease the uncertainty which has surrounded its prospects,” said Martin Beck, chief economic adviser to the EY ITEM Club think tank.

“We now expect CPI inflation to peak below 11 percent in October, rather than 15 percent or so which might have materialised. A lower peak for inflation may dampen inflation expectations among the public, a development which would reassure the Bank of England’s Monetary Policy Committee (MPC).”

Pantheon Macroeconomics chief UK economist Samuel Tombs predicted that inflation will drop back to 10 percent by January, 5 percent in June and then to 2 percent – the MPC’s official target – towards the end of next year.

As a result, he thinks the MPC will only need to raise its base rate twice more as part of its bid to tame inflation.

The MPC raised its base rate by half a point to 1.75 percent last month and had been expected to raise it on Thursday to 2.25 percent. That would have been its highest level since November 2008, when the bank rate was 3 percent.

However, due to the passing of Queen Elizabeth, the Bank has decided to move its announcement to September 22.

Tombs said: “Government interventions effectively stabilise demand in the economy; they do not represent fiscal stimulus that the MPC must counter.”