Home » Business » Dozens of AmazonBasics product are flagged as dangerous, but many are still being sold

(CNN)Three senators are demanding the recall of any hazardous products branded with Amazon’s name after a CNN investigation found that dozens of AmazonBasics electronics remained for sale despite customers reporting the products had melted, exploded or burst into flames.

In a letter to Amazon CEO Jeff Bezos Friday, Senators Richard Blumenthal of Connecticut, Robert Menendez of New Jersey and Ed Markey of Massachusetts wrote that CNN’s reporting on the AmazonBasics product line showed how the retailer had ignored serious safety concerns from customers about certain electronics — saying they could “continue to pose an ongoing threat to consumers that have already purchased these products until they are recalled.” 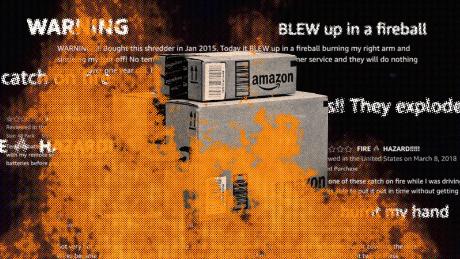 Amazon did not directly respond to the senators’ concerns but said “safety is a top priority” and that its products meet all applicable safety standards. The company said it takes a number of steps to ensure AmazonBasics products are safe and high quality, such as selecting experienced manufacturers, monitoring customer feedback and testing items to ensure they pass safety and compliance standards both before and after they are available. It also directed CNN to a blog post it published in response to the investigation.

“We want customers to shop with confidence and if ever a customer has a concern, they can contact customer service and we will investigate,” the company said.
AmazonBasics is one of the retailer’s popular private label lines, offering more than 5,000 budget-friendly products that range from cell phone chargers to kitchen appliances. CNN found at least 1,500 reviews on the Amazon website, covering more than 70 items, that described safety risks. Within those reviews, many consumers explicitly called out items as potentially dangerous — using terms such as “hazard” or “fire” or saying the product should be recalled. Around 30 items with three or more reviews like this remained for sale on Amazon.com.

Some AmazonBasics products became unavailable after CNN began its reporting, and at least four product pages were removed from the retailer’s site entirely — leaving behind dead URLs known by employees as “dog pages.”
One item highlighted by CNN and cited in the letter to Bezos, an AmazonBasics surge protector, continued to be sold for nearly two years after a concerned father reported that it had turned into a “blowtorch.” He ultimately received a roughly $1,500 payment to cover damage to his home, but the surge protector remained available — even though more than 40 customers had reported the product was a fire hazard, had caused damage to their home or belongings or described other dangers.
Amazon pulled the surge protector from its site weeks after CNN began looking into the device, but did not appear to provide any notification to customers, including to news reporters who purchased it. And it did not post any message on its site about why it was taken down.
“Amazon must immediately stop the sale of dangerous and defective AmazonBasics products, recall them, and effectively and immediately notify consumers of potential risks,” the Democratic senators wrote in a letter. “It is simply not enough to delete a product’s retail listing page, leaving behind a dead URL and removing these consumer warnings from view. There is no excuse for purchasers of these products not to be immediately notified about consumer safety issues.”
While the reviews citing dangers represent a small fraction of the overall purchases of the products, and other factors can be at play in some cases such as user error or faulty wiring within a home, electronics like those sold under the AmazonBasics name should rarely pose dangers when well-made and properly used, electrical engineers told CNN.

Have you purchased an AmazonBasics product?

The senators wrote that given the “array and frequency” of complaints exposed by CNN, “these mishaps can’t simply be linked to user error.”
Amazon previously told CNN that the thousands of products sold under the AmazonBasics line combined have more than 1 million reviews, and that concerns are thoroughly investigated and that the company acts accordingly.
But the senators countered that “if these products did sufficiently meet safety standards, these products would not be blowing up and catching on fire.” 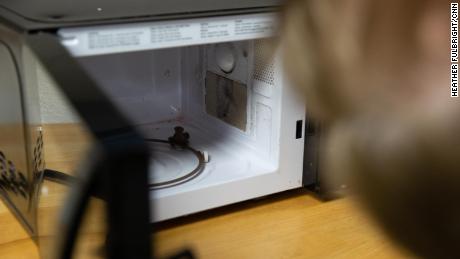 Dozens of AmazonBasics product are flagged as dangerous, but many are still being sold

They sought detailed information from Amazon by October 11, asking the company to answer questions about its safety procedures and to detail the steps it is taking to remove hazardous products from both its website and the homes of customers. The letter also said the company should conduct “an internal analysis of the steps the company has so far taken to determine why the company has failed to protect consumers.”
The three lawmakers were already concerned about dangerous products being sold on Amazon, writing last year that the company needed to be more vigilant about what was being sold in its third-party marketplace.

“We are shocked and appalled that Amazon has again failed to prevent the sale of dangerous products,” they wrote Friday, “this time as the manufacturer of the AmazonBasics brand bearing full responsibility.”
What should we investigate next? Email us: [email protected]
Source: Read Full Article