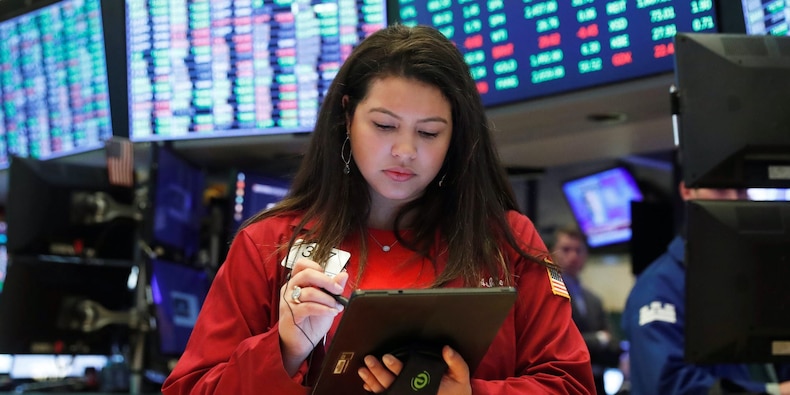 US stocks traded higher on Wednesday as investor hope of another round of fiscal stimulus to hasten the economic recovery from the COVID-19 pandemic remained elevated. The Dow Jones industrial average and S&P 500 reached new intraday records in early trading.

Democrats and Republicans may not be on the same page yet, but they are in the same book. Dueling proposals of a $908 billion and a $916 billion stimulus package are on the table, with the White House and Treasury Secretarty Steve Mnuchin revealing the latter package yesterday.

The $916 billion stimulus package would include direct stimulus checks worth $600, aid to state and local governments, and liability protections for businesses and schools. The one sticking point though is a significant reduction in unemployment benefits relative to the bipartisan $908 billion package unveiled last week.

Here’s where US indexes stood shortly after the 9:30 a.m. ET open on Wednesday:

Read more: We spoke with Wall Street’s 9 best-performing fund managers of 2020 to learn how they crushed the chaotic market – and compile the biggest bets they’re making for 2021

FireEye stock tumbled on Wednesday after it revealed a highly sophisticated security breach by what it believes to be was a state-sponsored actor.

Zoom Video was downgraded by JPMorgan to Neutral on Wednesday, citing a high valuation that prices in all potential upside, and the mass vaccination against the COVID-19 virus which could put a dent in its business.

Read more: Emmet Peppers grew his accounts from $30,000 in 2010 to over $70 million this year. The newly minted hedge fund manager breaks down how he spotted early opportunities in Tesla, Facebook, and the COVID-19 market crash – and shared one IPO on his radar.