Comparable sales rose 3.9% during the quarter, which was sharply higher than the 1.9% increase that analysts expected. On the bottom line, operating margins came in at 17.7%, which was 0.1% better than analysts expected. The company also boosted its quarterly dividend payout by 210% and forecast global retail sales growth of 7% to 10% over the coming years.

In an interview with CNBC's "Mad Money," Domino's CEO Richard Allison said that the company is trying to grow the takeout business to boost margins given the rising costs of food delivery. He also noted that only a handful of the company's 270 Chinese stores have closed and that it is using "contactless delivery" to mitigate the risk of the coronavirus. 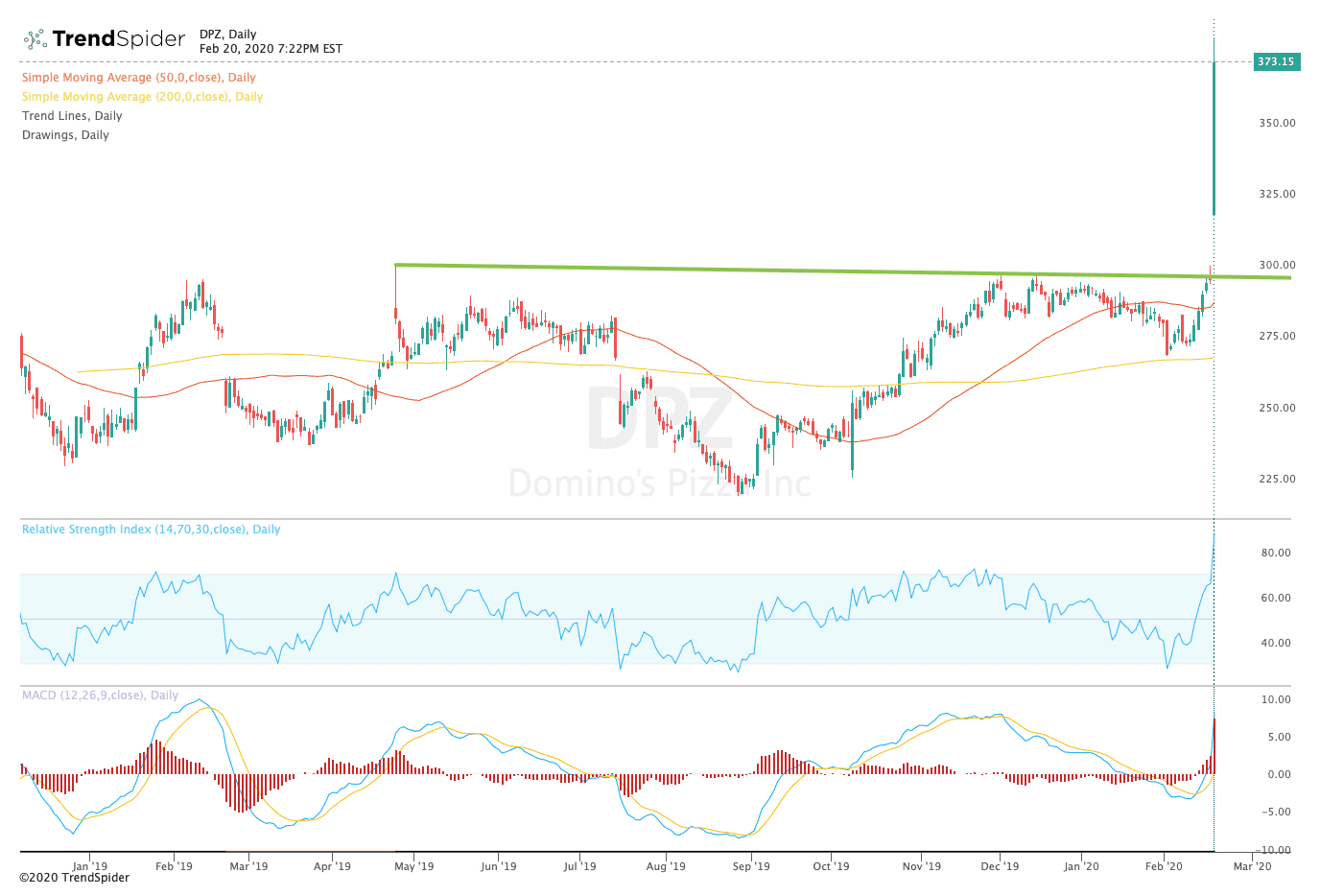 From a technical standpoint, Domino's stock broke out from trendline resistance and prior highs of around $298 to fresh 52-week highs of nearly $382. The relative strength index (RSI) moved into overbought territory with a reading of 88.55, but the moving average convergence divergence (MACD) crossed above the zero-line. These indicators suggest that the stock could see some consolidation, but the long-term trend remains bullish.

Traders should watch for some consolidation between trendline support at $300 and highs of nearly $380 over the coming weeks. The key Fibonacci retracement levels include $355.30, $338.80, and $312.53. If the stock breaks below trendline support, traders could see a move to retest reaction lows and the 200-day moving average at $268.84, but that scenario appears less likely to occur given the bullish sentiment.