Auto magnate-turned-fugitive Carlos Ghosn is campaigning to clear his name, and hopes a visit by French investigators to his home in exile in Lebanon will be his first real opportunity to defend himself since the bombshell arrest that transformed him from a visionary to a prisoner overnight.

In an interview with The Associated Press, the embattled former chairman of the Renault-Nissan-Mitsubishi alliance dissected his legal troubles in Japan, France and the Netherlands, detailed how he plotted his brazen escape from Osaka, and reflected on his new reality in crisis-hit Lebanon, where he is stuck for the foreseeable future.

Mending his reputation will be an arduous task. Ghosn was arrested in Japan in November 2018 on accusations of financial misconduct and fled to Lebanon a year later. He now faces multiple legal challenges in France after the Japanese accusations triggered scrutiny of his activities there. Meanwhile, several associates are in jail or on trial in Japan and Turkey, in cases related to his financial activities or escape.

Ghosn has denied accusations of underreporting his compensation and misusing company funds, contending he was the victim of a corporate coup linked to a decline in Nissan Motor Co.'s financial performance as the Japanese automaker resisted losing autonomy to French partner Renault.

He said he voluntarily agreed to undergo days of questioning in Beirut next week by French magistrates investigating allegations of financial misconduct in France that led to the seizure of millions of euros of his assets. The outcome could result in preliminary charges being handed to him or in the cases being dropped.

The French investigators are looking into the financing of lavish parties Ghosn threw at the Versailles chateau — complete with period costumes and copious Champagne — as well as 11 million euros in spending on private planes and events arranged by a Dutch holding company, and subsidies to a car dealership in Oman. Ghosn denies any wrongdoing.

"In Japan, you had a Japanese person interrogating me, writing in Japanese and wanting me to sign things in Japanese that I don’t understand," he said. "Now I will be speaking in French, and I’ll have my lawyers present. Of course, I have much more confidence in the French legal system than in the Japanese system." 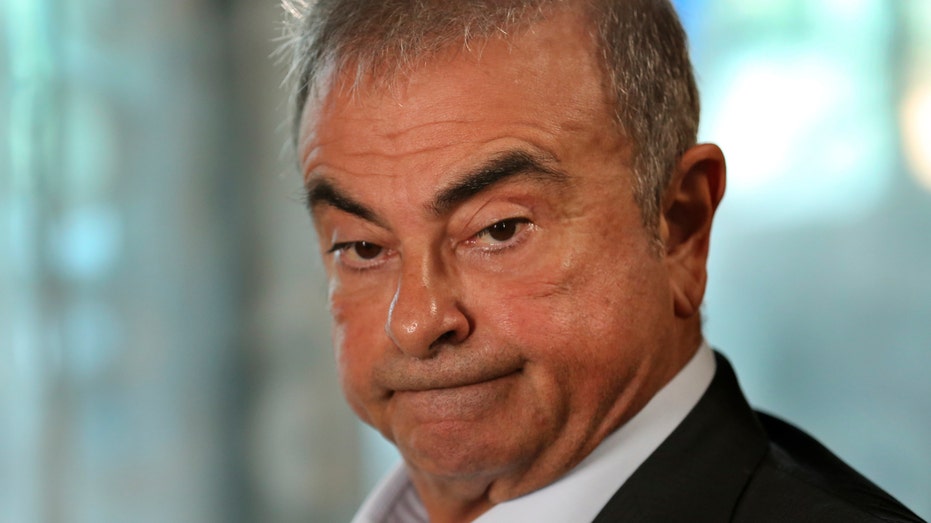 Fugitive ex-auto magnate Carlos Ghosn speaks during an interview with The Associated Press, in Dbayeh, north of Beirut, Lebanon, Tuesday, May 25, 2021. The embattled former chairman of the Renault-Nissan-Mitsubishi alliance dissected his legal troubl

Ghosn was kept in solitary confinement in Japan for months without being allowed to speak with his wife. He has said he fled the country after it became clear he would have "zero" chances of a fair trial. His arrest drew international scrutiny and criticism of Japan’s legal system and its 99% conviction rate.

In late 2019, Ghosn fled Japan after jumping $14 million bail in a Hollywood-style caper. The improbable escape — hidden in a box stashed in the hold of a Turkey-bound private jet, according to Japanese officials — embarrassed Japanese authorities and has allowed him to evade trial there.

Now an international fugitive on Interpol’s most-wanted list, the 67-year-old Ghosn lives in self-imposed exile in his native Lebanon, where he teaches a weekly university business course and is fighting other legal fires.

He told the AP he was "shocked" after a Dutch court last week rejected his wrongful dismissal claim against an Amsterdam-based alliance between Nissan and Mitsubishi, and ordered him to repay the nearly 5 million euros ($6 million) salary he received in 2018. The ruling came in a case in which Ghosn sought to have his 2018 sacking from Nissan-Mitsubishi B.V. overturned and demanded 15 million euros ($16.5 million) in compensation.

Ghosn has vowed to appeal.

Ghosn, who has French, Brazilian and Lebanese citizenship, contended he was the victim of a character assassination campaign led by Nissan with the complicity of the Japanese government, aided by accomplices in France.

In the AP interview, he mounted a robust defense of a former Nissan executive, American Greg Kelly, who was arrested the same day as Ghosn and is standing trial in a Tokyo District court on charges of under-reporting Ghosn’s compensation. He would not talk about two other Americans who allegedly helped him escape, Michael Taylor and his son, Peter. They are in a Japanese jail awaiting trial after their extradition from the U.S.

Asked whether their legal troubles weighed on his conscience, Ghosn said: "I feel empathy and compassion for them, because I was in the same situation."

Testimony and documents presented at Kelly’s trial have shown that he sought ways to beef up compensation for Ghosn after he agreed to a pay cut at Nissan in 2010, because Japan began requiring disclosures of high executive pay. Ghosn insisted Tuesday that no additional compensation agreements were approved by the board.

Recalling details of his escape, Ghosn told the AP how the plan was hatched, including choosing to execute it in December when he would be less likely to be recognized under a hat and heavy clothes.

"It was very bold, but because it was bold, I thought it may be successful," he said. Ghosn refused to confirm reports he escaped in a musical instrument box, saying he didn’t want to say anything that could be used against people being prosecuted for assisting him.

Arriving in a black Nissan SUV accompanied by a bodyguard, the former high-flying executive seemed to have lost none of his swagger despite his colossal fall. He said he spends his days in Beirut preparing his legal defense, teaching, helping startups and working on his books and documentaries.

As a fugitive living in the Mediterranean country where he grew up, he said he was enjoying a slower pace devoid of jet lag, enjoying having coffee with his wife and extensive talks with his children. 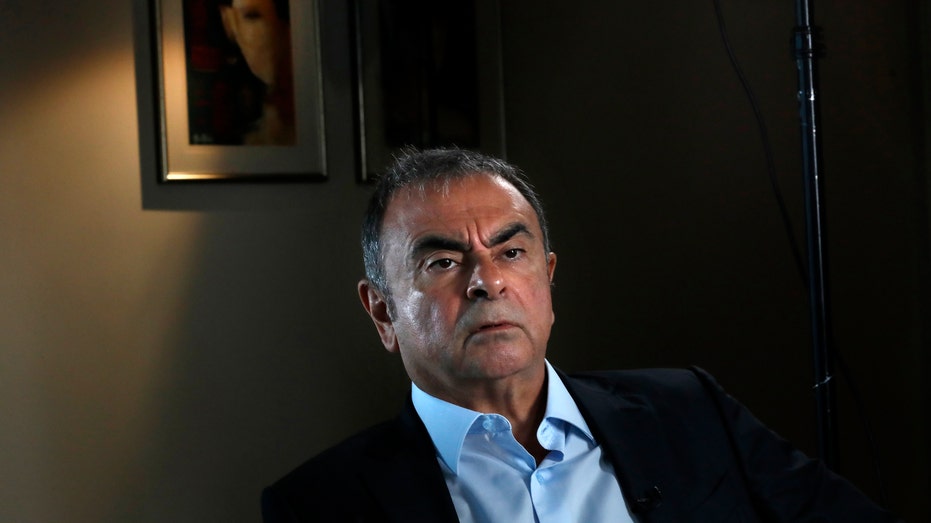 Former Nissan executive Carlos Ghosn speaks during an interview with The Associated Press, in Dbayeh, north of Beirut, Lebanon, Tuesday, May 25, 2021. The embattled former chairman of the Renault-Nissan-Mitsubishi alliance dissected his legal trouble

That includes living in a deeply unstable country in the grips of a historic financial and economic unraveling. Ghosn said he spent six months repairing his home after it was damaged in the massive explosion at a Beirut port last summer. And like other Lebanese, he said he has a substantial amount of money stuck in the banks after authorities clamped down on dollar currency withdrawals and transfers in October 2019.

Reflecting on his downfall, he said, "It’s like you have, you know, I don’t know, a heart attack somewhere, or you’ve been hit by a bus. You change your life."

"All of a sudden, you are in a completely different reality and you have to adapt to this reality."