London (CNN Business)Global airlines stand to lose $113 billion in sales if the coronavirus continues to spread, according to the International Air Transport Association.

The losses would be similar to those experienced by the aviation industry during the global financial crisis of 2008, IATA warned as it dramatically increased its estimate of the damage caused by the outbreak. It said airlines could lose 19% of their business if the virus isn’t contained soon. 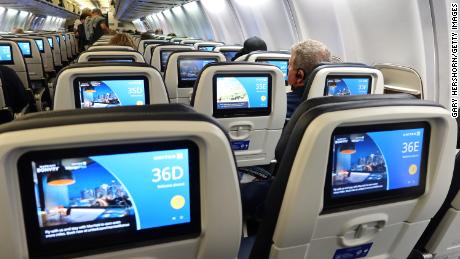 Just two weeks ago, IATA had been expecting lost sales in the range of $30 billion.

“The turn of events as a result of [the coronavirus] is almost without precedent. In little over two months, the industry’s prospects in much of the world have taken a dramatic turn for the worse,” Alexandre de Juniac, the CEO of the industry group, said in a statement. “It is unclear how the virus will develop, but … this is a crisis.”
Airlines in Europe and Asia would bear the brunt of the pain, according to IATA. Carriers in Asia Pacific could lose out on sales worth $58 billion.

If the virus is contained soon, and economies around the world recovery quickly, total industry losses could be limited to $63 billion, he added.
There are already more than 94,000 confirmed cases of the novel coronavirus worldwide, and nearly 3,300 deaths, mostly in China. South Korea, Japan, Italy and Iran also already suffering major outbreaks.
Travel restrictions and a lack of demand from customers has encouraged dozen of major airlines to cancel flights to and from mainland China because of the coronavirus. Transatlantic flights, as well as capacity on routes within Europe and the United States, have also been curtailed.

Struggling UK carrier Flybe collapsed earlier Thursday as the slump in demand killed off hopes of a government-backed rescue.
Investors have punished airlines stocks in recent weeks. Shares in United Airlines (UAL) are down 32% so far this year, for example, and Lufthansa’s (DLAKF) stock is down 29% over the same period.
Source: Read Full Article