Millennials may have killed many industries, but airlines have only the coronavirus outbreak to blame for their suffering. Let's face it, no one wants to get on a plane and touch those trays these days. Companies have reduced business trips, events all around the world have been canceled and governments are issuing travel advisories. Airlines are cutting flights to stem losses and waiving cancellation fees for new bookings to fill more seats. United Airlines, which has the biggest international exposure among U.S. airlines, even canceled its investor day meant to take place today. British airline Flybe has just collapsed.

Today the global airline trade association International Air Transport Association (IATA) significantly increased its estimate for revenue losses this year due to COVID-19 to $63-$113 billion from the $29.3 billion it predicted in Feb. Its previous analysis was based on a scenario that would see the impact largely confined to markets associated with China, but things turned out very different. Worst hit will still be East Asian and South East Asian airlines (see chart below), and the industry in the U.S. and Canada is expected to lose $21.1 billion in revenue. January saw the lowest monthly increase in demand since Europe's volcanic ash cloud crisis in April 2010. 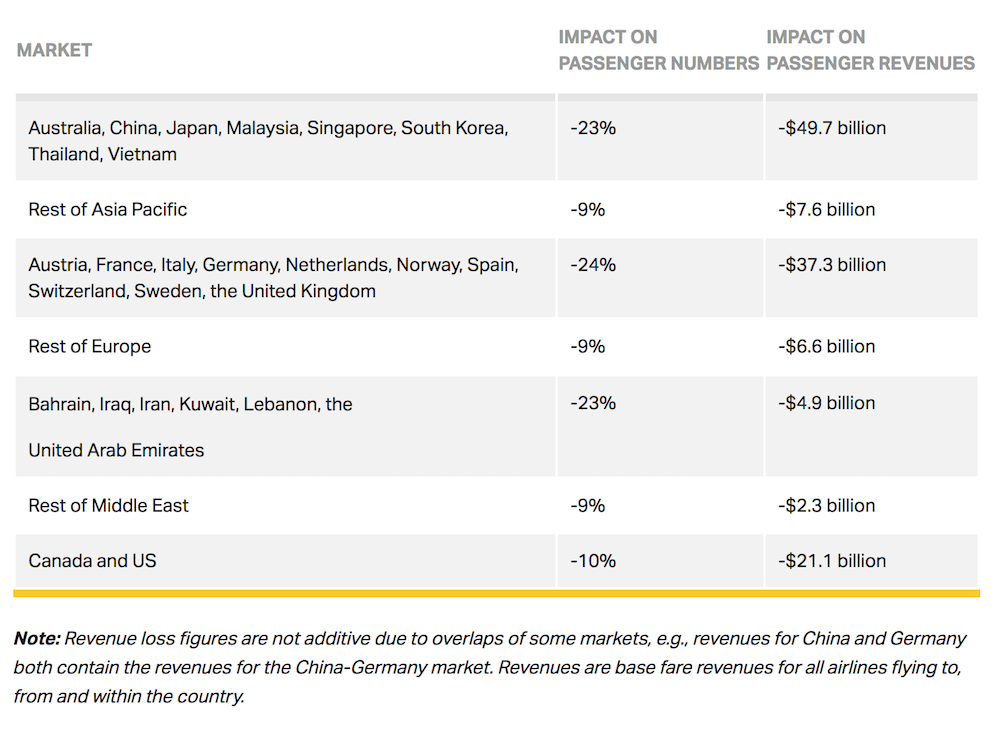 "Airlines are experiencing double-digit declines in demand, and on many routes traffic has collapsed. Aircraft are being parked and employees are being asked to take unpaid leave," said Alexandre de Juniac, IATA’s Director General and CEO. "In this emergency, governments need to consider the maintenance of air transport links in their response. Suspension of the 80/20 slot use rule, and relief on airport fees at airports where demand has disappeared are two important steps that can help ensure that airlines are positioned to provide support during the crisis and eventually in the recovery."

Because we love Google Trends we looked at worldwide searches for "how to cancel flight" since 2004, and this is what we saw. 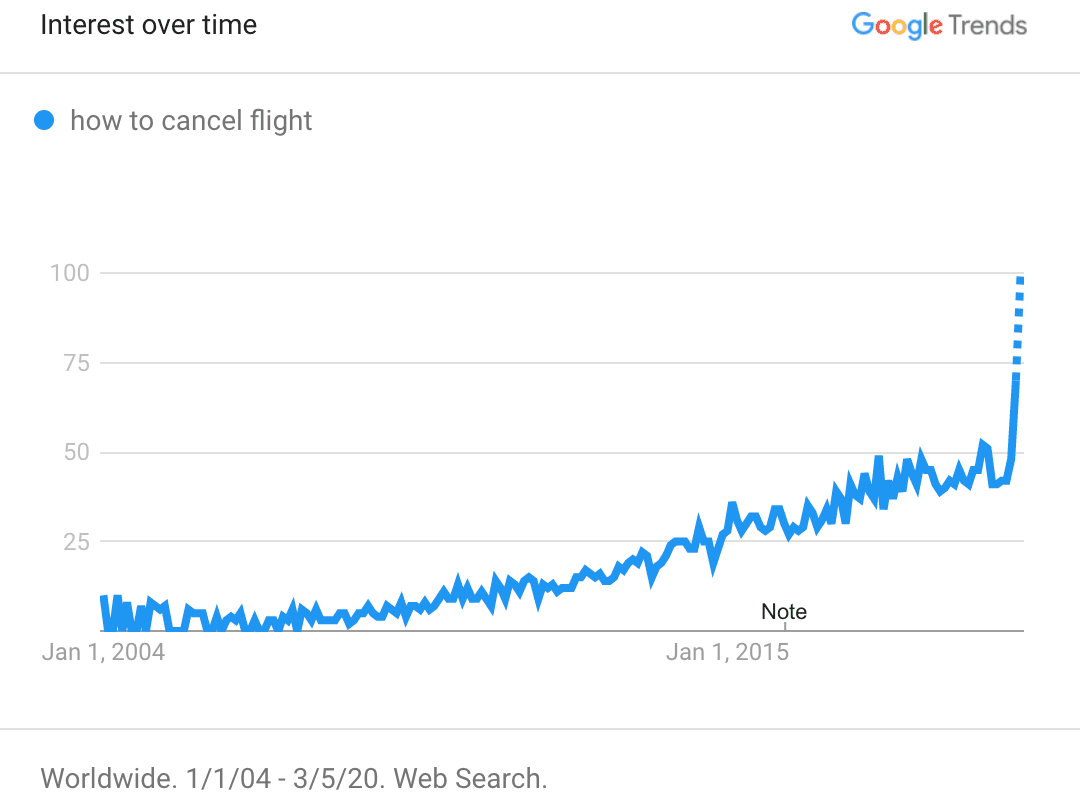