China’s next aircraft carrier is likely to be nuclear powered, according to two people close to the People’s Liberation Army (PLA).

After a two-year delay because of technical problems, construction work on the vessel resumed earlier this year, the South China Morning Post reported in January, citing a military source.

“Shipbuilders and ship propulsion engineers are keen on making a significant breakthrough with the construction of the fourth carrier,” a source close to the Chinese navy said on condition of anonymity.

“It will be a technological leap for the shipbuilding industry … but construction may take longer than for its sister ship due to the different propulsion systems.”

China already has two operational aircraft carriers and a third — to which the source was referring — is expected to be launched this year. None are nuclear powered. 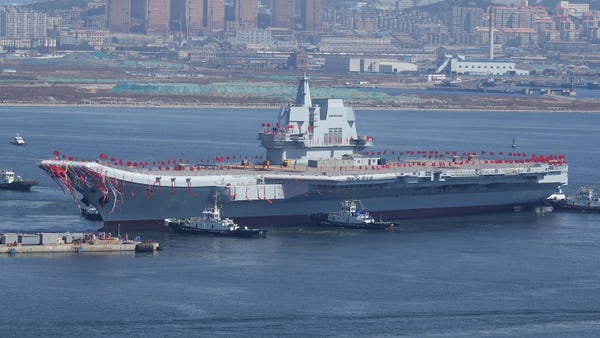 A second source, who also asked not to be identified, said the Central Military Commission was studying a proposal by China State Shipbuilding Corporation (CSSC) to use nuclear power for the fourth carrier.

He declined to say whether a decision had been made, but said it would be a “very bold decision that is full of challenges.”

The CSSC said in February 2018 it had started developing a nuclear-powered aircraft carrier, which would help the PLA Navy to “realise its strategic transformation and combat-readiness capability in deep waters and open oceans by 2025.”

In 2019, China General Nuclear Power Group invited bids for a contract to build a 30,000-tonne nuclear-powered ship, which it described as an “experimental platform.”

The first source said the “experimental platform” was intended as a way to test the nuclear reactors that would later be installed on aircraft carriers.

Notices released by the PLA last year showed it had bought a series of reports on how to build a nuclear propulsion system. The PLA has more than a dozen nuclear-powered submarines, including the Type 091, Type 093 and Type 095.

“Also, the control tower island on a nuclear-powered aircraft carrier is much smaller than a conventionally powered platform so it frees up more space for aircraft,” he said.

It is not known how big China’s fourth aircraft carrier will be, but its third has a displacement of about 85,000 tonnes. 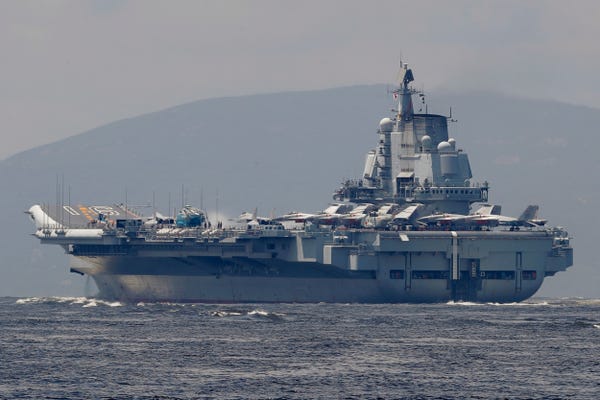 Lu Li-Shih, a former instructor at Taiwan’s Naval Academy, said if the PLA decided to use nuclear power for its fourth aircraft carrier, it was possible the CSSC might in the future convert the steam turbines on its conventionally powered sister ship into nuclear reactors.

The PLA did something similar with the Liaoning — its first aircraft carrier, which was based on an unfinished Soviet vessel that China bought from Ukraine in 1998 — after seeing how new technologies worked on the country’s first domestically developed carrier, the Shandong, Lu said.

The Liaoning, which joined the PLA Navy in 2012, underwent a lengthy retrofit between late 2018 and early 2019.

Images released online by the CSSC showed that the design and size of the control tower on the third carrier is similar to the one on the Liaoning and Shandong, which Li said was the “normal design” for a conventionally powered vessel.

“Conventionally powered carriers need a bigger control tower because of the need for chimneys for the emissions,” he said.

Other reports published online said China’s third aircraft carrier would be launched by July 1, which marks the 100th anniversary of the founding of the Chinese Communist Party.

But Zhou Chenming, a researcher with the Beijing-based military think tank Yuan Wang, said that was unlikely as “quality assurance is always the top priority” on carrier projects.

“Weapon systems are built for combat, not to celebrate special days,” he said.

China’s navy said earlier it planned to launch at least six aircraft carrier strike groups by 2035, in a bid to match the naval strength of the United States in the Pacific region.