The fossil fuel producer BP has sold its petrochemicals business to Ineos in a $5bn (£4.1bn) deal that will boost the oil company’s under-pressure balance sheet.

Ineos, a British petrochemicals company, will immediately pay BP a deposit of $400m, followed by $3.6bn when the deal completes and then another $1bn in three installments by June 2021.

The deal will result in Ineos taking on BP’s aromatics division, which produces chemicals for the polyester used in clothing, film and packaging, as well as BP’s acetyls business, whose products are used in food flavourings, paints and glues.

The decline in oil prices triggered by the coronavirus pandemic has damaged the finances of oil producers around the world, accelerating BP’s need to cut costs and restructure. BP said the crisis would take as much as £14bn from the value of its assets and it is cutting 10,000 jobs worldwide.

BP’s chief executive, Bernard Looney, said he recognised the sale would be a “surprise” for the petrochemicals business, adding the company would “do our best to minimise uncertainty” for workers. 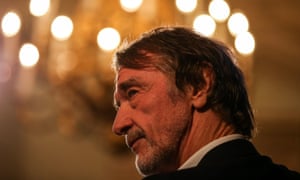 The deal also represents a doubling down of Ineos on its bet on plastics, with the pandemic used by advocates for single-use packaging despite long-running and high-profile campaigns against the rising tide of plastic waste.

It is only the latest deal by the Ineos founder and chairman, Sir Jim Ratcliffe, whose stake in the company has made him one of Britain’s richest people, with a fortune estimated at £12.2bn by the Sunday Times. Ineos, which started with a buyout of BP’s chemicals business in 1992, has grown into the UK’s largest private company, with an annual turnover of $60bn.

Ineos said the deal was “a good fit” with its existing businesses, including rejoining two parts of a site in Hull and expanding the company’s operations in Geel, Belgium. It will include the transfer of facilities in the US, UK, Belgium, China, Korea, Taiwan and Malaysia. In 2019 the businesses produced 9.7m tonnes of petrochemicals.

Ratcliffe said: “We are delighted to acquire these top-class businesses from BP, extending the Ineos position in global petrochemicals and providing great scope for expansion and integration with our existing business.”

Ratcliffe, a prominent backer of the Brexit campaign, has used his wealth to fund a number of surprising investments away from his core business in recent years, including buying the French football club Nice, the British cycling team previously known as Team Sky and an investment to build a successor to the rugged Land Rover Defender off-road vehicle.

The billionaire has also faced criticism for a reported decision to quit the UK for Monaco, which is known for its low personal tax rates, in 2018.