The comic illustrated by Aremo Massa picks up following a winter solstice which saw the world transform when every Black person in America gained superpowers—powers that gave an unthinkable amount of hope, but then disappeared the following morning. Now, with only three days before the next winter solstice, the entire nation is holding its breath, waiting to see if the powers will return.

But not everyone’s been just waiting. Kesa, Quentin, and Deja—the Wallace siblings—have been planning the biggest heist in history, something that would change everything for Black people. And they are ready. All they need are those powers to kick in for 24 more hours. 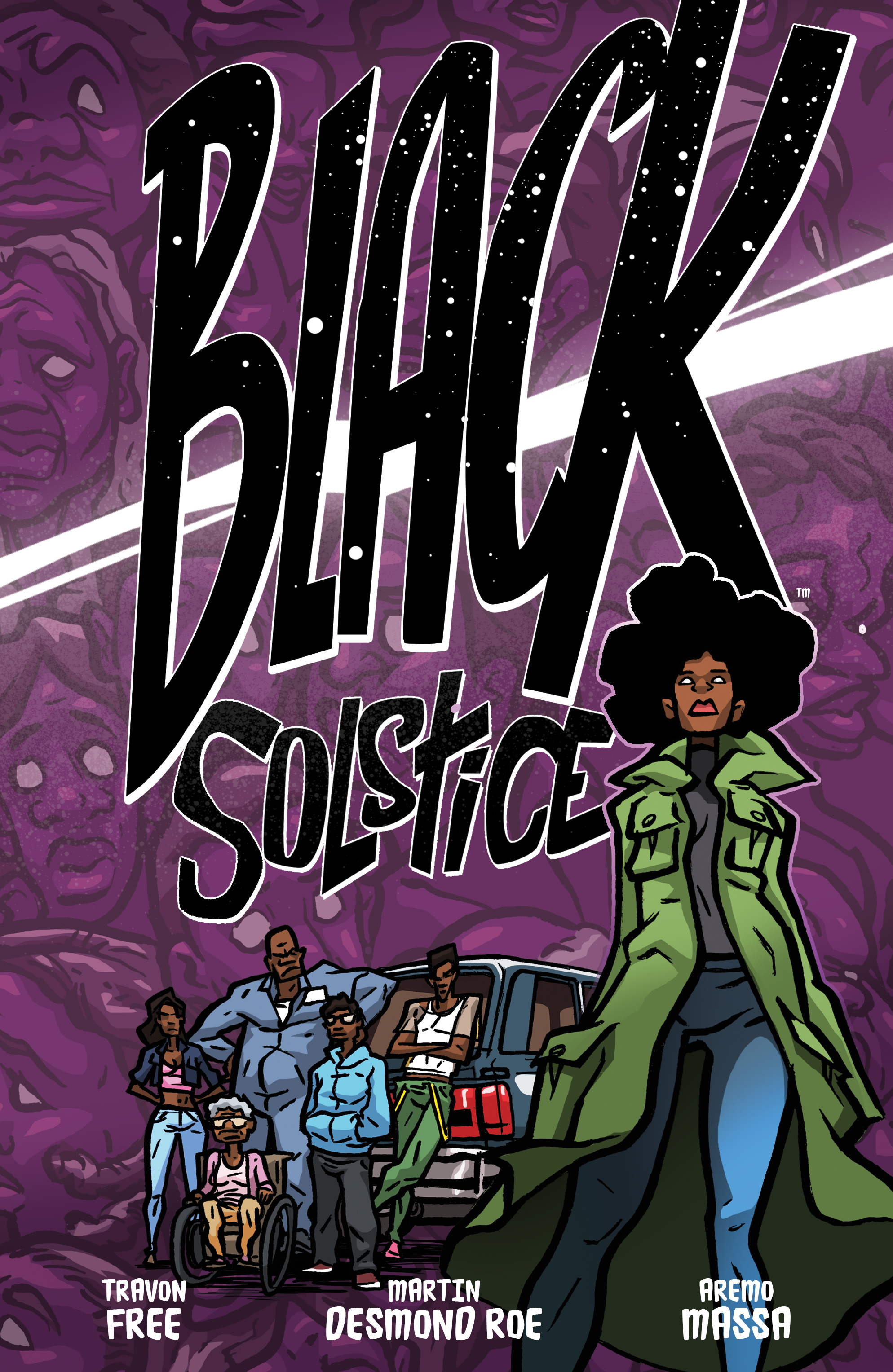 “This journey began on December 21, 2020, when practically every Black person on Twitter started declaring, almost spontaneously, what superpower they were gonna get on the winter solstice,” said Free. “It was an amazing day, one of those moments that reminds you why you love the Internet, where each post was cleverer than the last and every emotional beat you can think of got hit, from hilarious to disturbing to profound.

“It felt like magic, and it kinda was, because in putting together this book we traced the idea back to its origin and after a lot of digging it turned out…there really wasn’t just one,” Free continued. “Instead it kinda formed piece by piece, bouncing from tweet to tweet, and from sincerity to irony in the weeks leading up to the solstice when it just dumped joy all over the timeline for everyone and proved, once again, that Black Twitter is the most creative place in the known universe.”

Free and Roe are the creatives behind Two Distant Strangers, which this year won the Oscar for Best Live Action Short Film. With that genre-bender, they told the story of a man (Joey Bada$$) trying to get home to his dog who gets stuck in a time loop, forcing him to relive a deadly run-in with a cop (Andrew Howard) again and again. And with Black Solstice, they hope to honor the joy and fun of the aforementioned Twitter conversation, fleshing it out into a complete story that everyone can enjoy.

Dark Horse Comics is a comic book and manga publisher founded by Mike Richardson in 1986. Over the years, it has published the work of such creative legends as Yoshitaka Amano, Margaret Atwood, Paul Chadwick, Geof Darrow, Will Eisner, Neil Gaiman, Dave Gibbons, Faith Erin Hicks, Kazuo Koike, Matt Kindt, Jeff Lemire, Mike Mignola, Frank Miller, Moebius, Chuck Palahniuk, Wendy Pini and Gerard Way. The company has also established itself as a leader in the space of licensed comics, graphic novels, collectibles, and art books, with the release of titles based on Stranger Things, Avatar: The Last Airbender, The Legend of Korra, Minecraft, The Legend of Zelda, Super Mario, Dragon Age, James Cameron’s Avatar, Game of Thrones, Mass Effect, StarCraft, The Witcher and Halo.

Axed From ‘The Equalizer’; ‘And Just Like That…’ Cast Addresses Assault Claims