The auditor of ABG Shipyard, which is being probed by the Central Bureau of Investigation (CBI) for the Rs 23,000-crore default to banks, had settled an investigation by the Securities and Exchange Board of India (Sebi) by paying a small settlement fee in 2019. 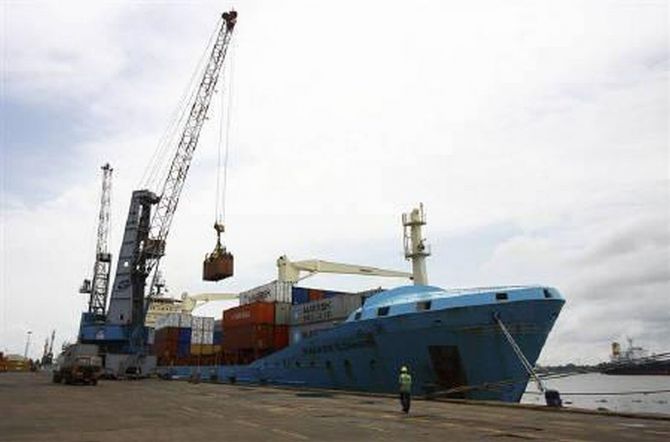 The regulator had initiated an investigation into the fund diversion from ABG Shipyard and had asked the auditor to explain why it failed to detect fund diversion in time.

In his settlement application, auditor MN Ahmed, partner of Nisar & Kumar, a chartered accountant firm, said he ceased to be an Indian citizen and has retired from the profession.

The role of an auditor is key in the fund diversion probe by the CBI, which is investigating the bank default by ABG Shipyard.

In the Satyam scam, the market regulator had banned the auditor, Price Waterhouse, from audit for two years in January 2018.

However, the Securities and Appellate Tribunal (SAT) quashed the Sebi order in September 2019.

In the ABG Shipyard case, Sebi had issued notices to Ahmed with regard to fund diversion worth Rs 101 crore between 2008 and 2014 from ABG Shipyard to Second Land Developers, (later known as ABG Resources).

This resulted in undue benefit to the promoter.

The investigation revealed that ABG had obtained purchase bills from a few entities without actual movement of goods.

Also, it had misstated accounts/profits and disclosures.

Sebi said Nisar & Kumar was the statutory auditor of ABG during financial years 2008-2016.

The auditor had signed both the audit reports and the certificate on corporate governance.

The same audit firm was also acting as the statutory auditor of Second Land Developers during 2009-2013.

And, its audit reports for the financial years 2009-10 and 2011-2013 were signed by Ahmed and a certain Rachna Agarwal, respectively.

Sebi found that the firm had issued unmodified audit reports, which concealed the true state of affairs of ABG to its stakeholders.

During Sebi investigations, Ahmed failed to appear and did not provide any documents or information to the regulator.

In his settlement application, Ahmed said the alleged default had no market-wide impact and no illegal gain or benefit was derived by him.

Sebi then asked Ahmed to pay a settlement fee of Rs 27.5 lakh and the matter was settled.

An email to Nisar & Kumar did not elicit any response.

The annual report of the financial year ending March 2016 shows that the auditor had raised queries on the investments made by ABG in its subsidiaries and related parties worth Rs 220 crore.

The report said with the audited financial statements of investee companies not available, it is unable to ascertain or quantify whether any provision is required to be made for the impairment of these investments.

On related-party transactions, the auditor had said various loans, advances and receivables from related parties are outstanding for a long time.

“As such loans are interest free, and there is no stipulation of repayment date.

“We consider that prima facie, the terms and conditions of such loans are prejudicial to the interest of the company,” the report had said.

According to the annual report ending March 2016, loans and advances amounting to Rs 1,756 crore was outstanding from related parties.

Of these, dues from private companies — in which ABG directors were directors or members or partners — amounted to Rs 165 crore, the report had said.

The company had blamed its financial misfortune to suspension of operations at Dahej yard and below-capacity operations in Surat.

These resulted in its losses piling up over the years.

The net worth of the company completely eroded and it made huge losses.