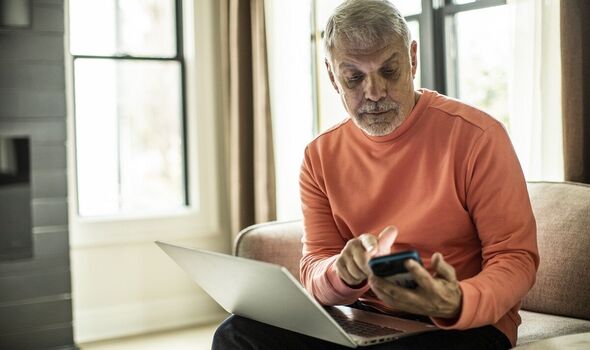 The High Court wound up Scothop Ltd, the official operator for Genesis11 in the UK, last summer after finding it falsely claimed to be regulated and then misled investors.

Many victims, with losses ranging from £15,000 to £350,000, had already raised the alarm with Crusader and we covered the rout as it unfolded bringing untold misery to decent, well-meaning savers.

++ If you’ve been affected by this issue or feel you’ve been a victim of injustice, please contact consumer champion Maisha Frost on [email protected] ++;

Their experiences followed a similar pattern. After being persuaded by effusive reviews, they registered with the online platform which bought, sold and stored cryptocurrencies for clients.

Profits for investors were immediate, but then died away thanks to “manipulated” opening prices. Attempts to withdraw funds were subsequently hit by high fees or blocked.

Personal data was sold on and the second phase of profiteering then began by people claiming to be ‘recovery room specialists’ officially appointed to help get back people’s money for an upfront fee.

Malcolm Wilson, in his late 50s, came to Crusader last July after being tempted by the refund offers but wanting to check if they were scams.

Prior to that he had invested £1,300 into Genesis11 and explains: “I’d lost my job, had found it very hard to get another and our savings were starting to run low. I was desperate for any way to improve my income. I came across the website and filled in my details Scothop said it was regulated and registered on Companies House.”

When he tried to leave “Genesis11 continued placing trades without my permission that they knew would lose and all my money went,” he claims.

“The next thing I heard was Genesis11 had been wound up. I think they knew what was going to happen and were trying to squeeze every last penny out of people before the ban.”

Malcolm continued to be subjected to a torrent of calls from what are called recovery room specialists. They promised him Bitcoin refunds or, if he was prepared to share his screen and bank details for a transfer, he could receive a £1,366 refund.

After Crusader explained the bullying he had been subjected to his bank Barclays, it has returned £500. “I am absolutely delighted – money is so tight, everything counts,” he told Crusader when thanking us.

Many Scothop creditors have lodged details of their losses with the Insolvency Service and the Official Receiver as well as Action Fraud, and await an update.

Some investors who paid with their bank card say they have received partial refunds. Others who paid by bank transfer in amounts under £4,000 say they have been told they won’t get their money back.

One complaint to the Financial Ombudsman on the grounds the customer’s bank should have intervened, halting the unusual transaction, has been rejected.

Others who have made complaints say they are waiting to hear and maintain their payments were highly unusual. One call from their bank flagging concern would have stopped them and made all the difference, they say, helping them resist the brainwashing and pressure that was so central to their spending behaviour.

[Malcolm’s name has been changed]